Skip to content
Home > TV > The Bachelor > ‘The Bachelor’: Elizabeth Corrigan Comes Out As Bisexual-‘I Am Queer’ 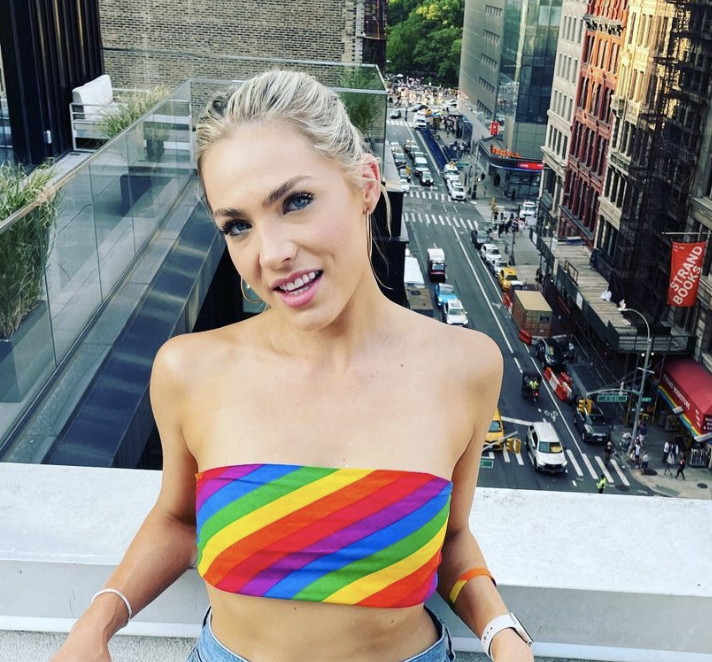 Former star of ‘The Bachelor’ Elizabeth Corrigan has come out as bisexual.

‘The Bachelor’: Elizabeth Corrigan Comes Out As Bisexual-‘I Am Queer’

The decision has come out of the blue, especially since Elizabeth had introduced herself to the fans during the 26th season of ‘The Bachelor.’ During the course of that process, she just so happened to be vying for the affection of Clayton Echard.

While that may have been the case, the very fact of the matter is that she was unsuccessful in her attempt to do so. As a result, the star ended up being eliminated in the third week. And yet, this is the last thing that will be on her mind now she has come out.

And Elisabeth let her fans know while she was celebrating Pride in New York City. In a post to her fans on Instagram, Elisabeth shared a picture of herself wearing a rainbow-coloured top.

She is standing on the top of a building, while she poses to the camera. The post was captioned by the following comments: “It’s important to me today to share with you all that I am queer. More specifically I am, always have been, and always will be-bisexual.

“If you know me personally you probably know this.” Nevertheless, Elisabeth’s comments do raise some very significant points.  First of all, if she did identify herself in that way, then there are obvious question marks over why did she decide to go on ‘The Bachelor.’

And outside of an alternative explanation to the contrary, this could have been viewed as an attempt to garner publicity. Secondly, given that her season of ‘The Bachelor’ had finished in March of this year,  there is also the question of why did it take Elisabeth so long to come out.

Nevertheless, the reality star was on hand to address these claims. She added: “Everytime I tell someone new this information I experience fear. Fear that it will end a business transaction, fear that I will make someone uncomfortable.”

So there you have it folks. What did you think about this? Let us know your thoughts in the comments section below.  If you liked reading this article, then check out our other features on the Daily Soap Dish. Please also visit The Over Timer for all of the latest exciting news on all of your favorite daytime television.