Skip to content
Home > TV > The Bachelor > ‘The Bachelor’: Clayton Echard Slams Show For Exploiting Him-‘I Was Embarrassed And Disgusted’ 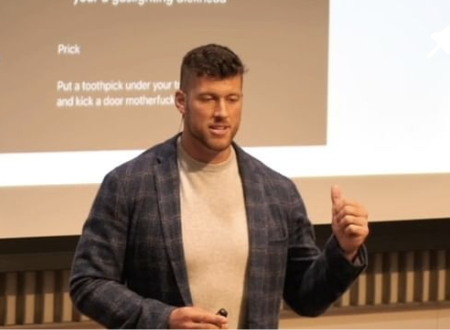 Former lead of ‘The Bachelor’ Clayton Echard has slammed the show for portraying him in a negative way.

‘The Bachelor’: Clayton Echard Slams Show For Exploiting Him-‘I Was Embarrassed And Disgusted’

It is fair to say that Clayton’s time on the show was characterised by mass drama. And it all came to a head during the show’s focus on the ‘Fantasy Suite’ episode. During the course of that process, Clayton had informed the following three women, Gabby Windey, Rachel Recchia and Susie Evans, that he had fallen for each of them.

Despite Susie and Clayton then continuing their romance after the show, Clayton felt that damage had been done by how the editing had portrayed him in a negative light.

In his comments, Clayton said: “Watching [my season] back, I was embarrassed and disgusted by my actions and the way I was portrayed or seen on TV.”

“Ultimately, I had to live with the fact that my narrative is what was shown. And that was hard because that’s not really who I am.” Nevertheless, Clayton’s comments revealed he took some responsibility for the way he was portrayed.

And ultimately this is something that he should have been aware of by virtue of the fact that he was on a reality TV show. Therefore, there was always going to be some pressure in trying to balance the journey of finding romance with entertainment.

The fans on social media resonated with Clayton’s comments. People felt that he had been subjected to harsh treatment, which would only stop if other contestants had spoken up to defend him. One person wrote: “I’d love to see former contestants sticking up for @ClaytonEchard.

“The show very meanly threw him under the bus.” It is safe to say that Clayton was not impressed. So there you have it folks. What did you think about this? Let us know your thoughts in the comments section below.