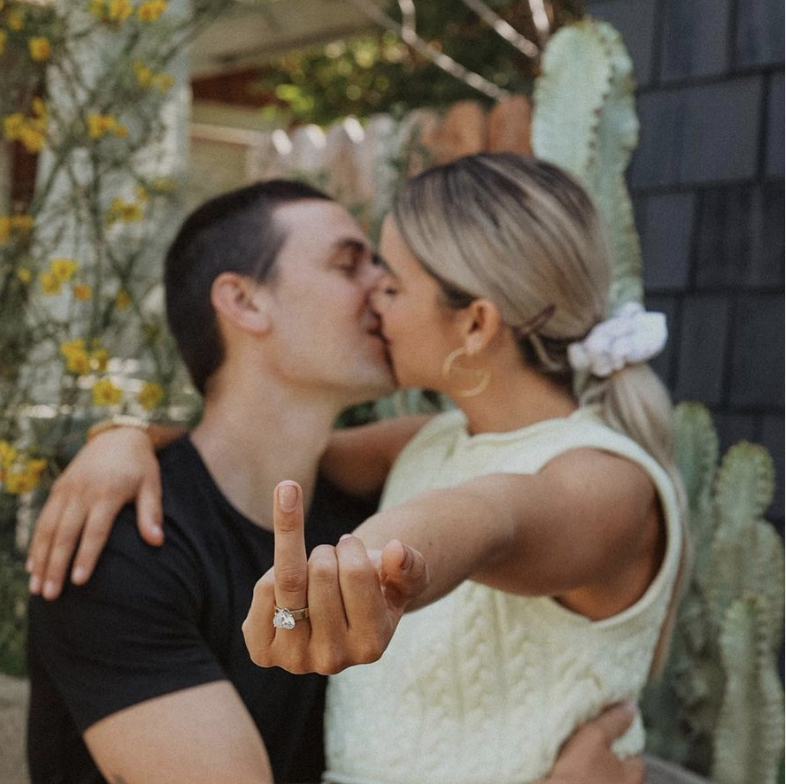 ‘The Bachelor’: Bekah Martinez And Grayston Leonard Are Officially Engaged

Bekah, for her part, first introduced herself to the fanbase when she appeared on Arie Luyendyk Jr’s season. During the course of that process, she failed to win Arie over as she was voted out during the seventh week.

In the aftermath of that, Bekah ended up meeting Grayston in the same year. And ever since that moment, their relationship has gone from strength to strength. So much so that they ended up having two children together: Ruth and Franklin. And now things have been topped off by an official engagement.

In a post to her fans on Instagram, Bekah shared a series of pictures of them together. In one such picture, she is passionately kissing Grayston, while she sticks her middle finger in the air towards the camera in order to show off her engagement ring. The post was captioned by the following comments: “Yes.”

In reality, this has been a long time coming for the following reasons. First of all, they have already had children together which shows they are a committed family. Secondly, Grayston had already proposed earlier, but Bekah at the time decided to reject it.

And given that she had turned him down already on one occasion, the chances of this happening again were very slim. And yet, Bekah recognised that Grayston may have had reservations about proposing once again.

In some prior comments, Bekah remarked: “Wondering how my boyfriend’s going to propose. Remembering he already proposed to me three years ago and I said no but still took pics.”

But now that things are official, Bekah began to receive a lot of support from some of her close friends. One such person included fellow reality TV star Kendall Long. In response, she wrote: “Looovvveeeeee. I’m so absolutely happy for you two love babes!!!”

It is great to see the couple doing so well, and long may that continue. So there you have it folks. What did you think about this? Let us know your thoughts in the comments section below.