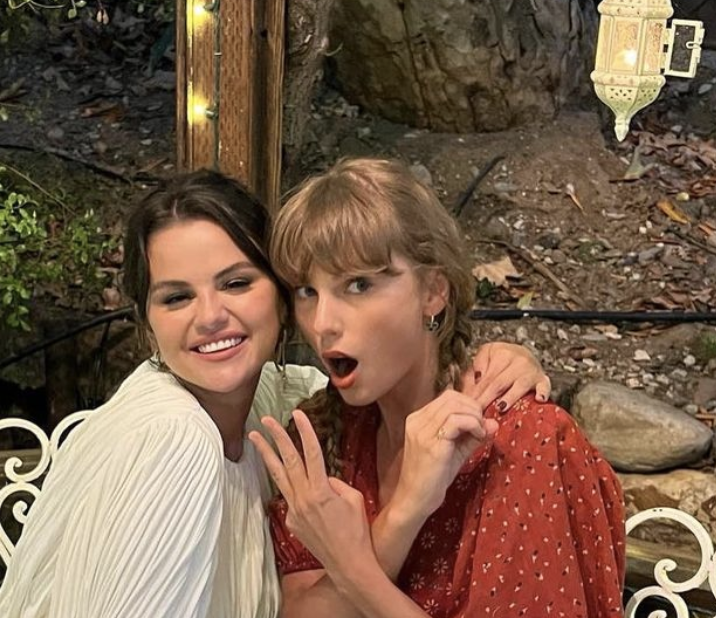 Selena Gomez celebrated her 30th birthday in style with none other than Taylor Swift.

The pair are known for being very close friends, as demonstrated when Taylor recently supported the launch of Selena’s makeup line on TikTok. Much in the same way, Taylor was on hand to make sure that the birthday festivities went ahead as planned.

In the pictures here, we can see that Taylor and Selena are sitting next to each other. They hug each other and have massive smiles on their faces as they could not be any happier. The post was captioned by the following comments: “30, nerdy and worthy.”

The duo ultimately got close together by virtue of the fact that they were both dating the Jonas Brothers at some point. Taylor, for her part, was connected to Joe Jonas. Meanwhile, Selena was linked with Nick Jonas. And as both relationships ended badly, a blossoming friendship came out in the aftermath of it.

In some prior comments addressing this, Selena remarked: “We actually dated the Jonas Brothers together! It was hysterical. It was amazing, because she was the girl with the big curly hair and all the bracelets and the cowboy boots.

“And I was definitely up-and-coming, and we just clicked. It was the best thing we got out of those relationships.” The fans on social media were ecstatic at the prospect of Taylor and Selena in each other’s company.

And they hoped that by spending time together, this could ultimately lead to a collaboration on the music scene between the two artists. One person wrote: “Heal the world with a collab please.”

While another person stated: “Happy happy birthday! Wishing you another year and decade of health, adventure and of course great food.” It is great to see Selena in such a happy place, and hopefully, the birthday festivities were ones to remember.