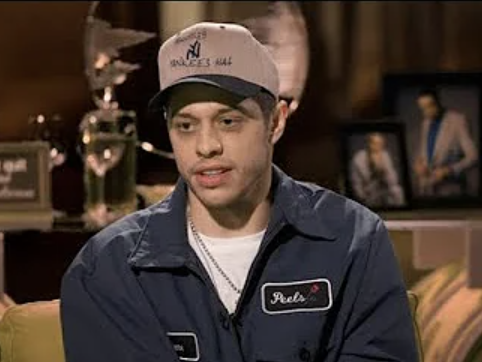 Pete Davidson has made it clear that he wants to get married at some point down the line.

These comments fit in line with his current lover Kim Kardashian who has already stated that she is keen to get married one more time, despite the fact that she has had three failed marriages. But given that their relationship is going from strength to strength, the comedian could be the man to finally end that unlucky streak.

While there is no timeline on when Pete wants to do such a thing, one thing for sure is that it is something he wants to accomplish. During an interview on the ‘Hart to Heart’ podcast, he said: “100 percent. That’s the way I hope it goes, you know?”

Pete’s admission arrives on the back end of another revelation in which he stated that he wanted to have children. This is going to be something that he and Kim will have to discuss, as she is already a mother to four children: Saint, Psalm, North and Chicago.

Not only that, but as the Kardashian is in her 40s, there is the obvious question mark of whether or not she wants to have another child since she is not getting any younger. And yet, Pete has made his position very clear on that.

In some prior comments, Pete stated: “My favorite thing ever, which I’ve yet to achieve, is I want to have a kid. I just want to be there and watch them have what I didn’t have. I’m just so excited for that chapter.”

The fans on social media were not as keen as Pete. A certain subset of people did not see the relationship between him and Kim lasting, which is why a marriage would be a disastrous decision. One person wrote: “They gon divorce anyway,” while another person stated: “That’s been his goal with all his exes too.”