Maybe it’s time to deflate all of the body shaming. Images of Dame Emma Thompson in character as Miss Trunchbull in an upcoming Netflix remake of Matilda has provoked an online debate into whether actors should use fat suits in movies. In a recently released trailer, the award-winning actress can be seen sporting a number of prosthetics including nose and cheek implants as well as a set of weathered teeth. Here’s what you need to know.

Playing the terrifying Agatha Trunchbull, Thompson’s new film will provide a modern spin on the 1996 classic. The role was played by Welsh actress Pam Ferris in the original 1996 film Matilda, which also starred US actors Danny DeVito, Rhea Pearlman and Mara Wilson.

However, the choice to place Thompson in a so-called fat suit in order to capture the character as she was originally penned by Roald Dahl has been met with mixed feelings.

According to reports, Peckham’s Finest star Queen Mojo and comedian Freddie Quinn discussed whether the use of prosthetics would deprive another plus-sized actor of a job. The pair went on to discuss whether the role would have been better played by a plus-sized actor.

Queen Mojo said: “When you’re plus sized, there is a beauty to that and when you walk into a room and carry that weight there is an energy that sometimes actors can’t bring to that. That needs to be highlighted, if there was someone that was perhaps less able-bodied or have a different gender to us, we represent those on screen. Why are fat peoples bodies not as important to do that?”

Freddie Quinn replied: “Who is the overweight actor that we are depriving of work? The reason they have cast Emma Thompson is that she is a very experience character actress who specializes in children’s films. Which you’d think would be perfect for playing a role like Miss Trunchbull. Surely that is more important than someone just being fat.” 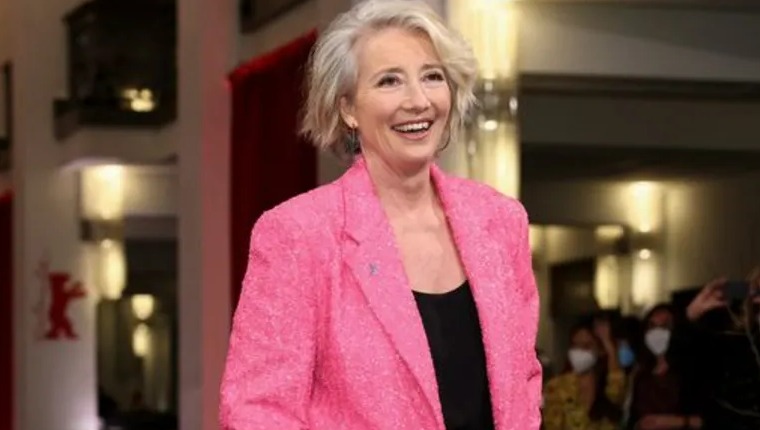