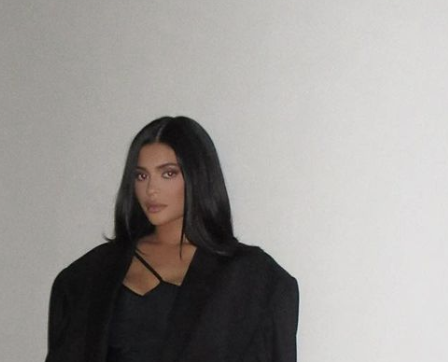 Kylie Jenner has slammed a TikToker after he claimed he had heard her son crying during the course of him delivering an Instacart order.

The TikToker in question, Pablo Tamayo, did not hold back on what he thought about Jenner. He claimed to have gone inside Kylie’s property in order to deliver some pepperoni. And as he navigated his way through everything, Pablo allegedly saw Kylie’s entourage including the maids.

And it was during the course of this process that he apparently heard her son crying. In his comments at the time, Pablo said: “I see all these assistants, all these maids and s–t. I didn’t see Kylie, I didn’t see Stormi, but I swear I heard a baby scream.”

But it was not just the baby that got his attention. Pablo also expanded on how he felt aggrieved that Kylie did not pay him more. After all, Kylie is close to being a billionaire which may have led Pablo to believe that he could have got himself a huge tip.

And the failure to walk out with any extra money was something that did not sit very well with him. That is why Pablo let everybody know in no uncertain terms that he did not view Kylie in high regard. His following comments confirmed as much: “This bi**h could have paid me more.”

It is not surprising, then, that these comments did not resonate with Kylie. And she accused Pablo of lying about his account in order to garner publicity. This included the fact that Pablo had been tipped through the app which had been used to make the order.

Not only that, but Kylie claimed that she did not put the order in herself. And as for her son crying, Kylie also rejected that claim. In reply, she remarked: “The lying for attention rubs me the wrong way sorry.”

It is safe to say that Kylie and Pablo are not on good terms.  So there you have it folks. What did you think about this? Let us know your thoughts in the comments section below.