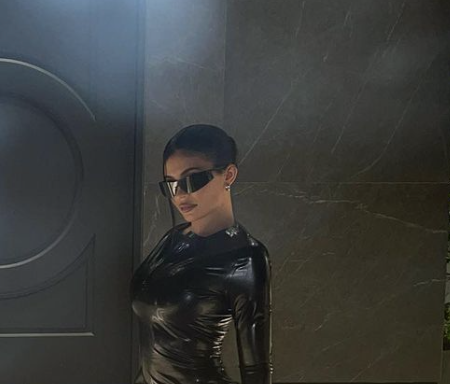 Kylie Jenner has been bashed after claims she was trying to put on a middle class image, by showing herself shopping at Target.

This criticism arrived on the back end of the Kardashian receiving a huge amount of backlash for showing off her travels via her private jet on social media. As a result, it was claimed that Kylie decided to take her private jet for a 3 minute flight.

Subsequently, the reality TV star received a huge amount of criticism on the basis that her actions were not contributing towards a stable carbon footprint. This was particularly true since other members of society were expected to do so.

Therefore, her actions of shopping at Target were deemed to be an attempt to minimise the damage on her reputation. In the TikTok video here, we can see that Kylie is with her daughter Stormi, as well as her nieces Chicago and True in a shopping cart.

Kylie can be heard saying: “Where are we going, girls?” to which her cousins replied: “Target!” Once inside, Kylie asks the children the following: “Do you guys not want to get any bowls?” Kylie began to receive a significant amount of backlash for the following reasons.

First of all, a certain subset of people felt there was no genuine reason for the children to be interested in shopping at Target, let alone for some bowls. Secondly, Kylie’s actions were interpreted as coming across very desperate in order to be relatable.

And this was reflected in the comments that followed on social media. One person wrote: “Playing normal life simulator,” while another person stated: “Trying to appeal to us peasants.”

Only Kylie knows her motivations for shopping at Target, and outside of any evidence to the contrary, it is fair to say that we should give her the benefit of the doubt. After all, it would be unfair on the children who happened to be there with her.