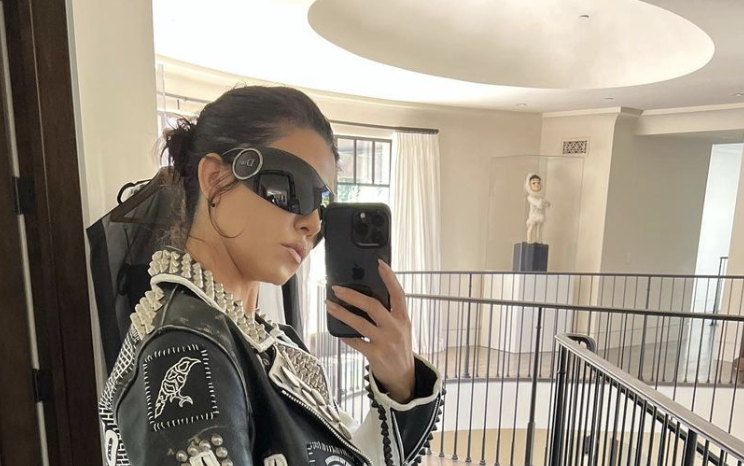 Kourtney Kardashian has denied claims that Kylie Jenner is getting married after an Instagram account purporting to be from her son Mason started the speculation.

Kourtney Kardashian Exposes Fake Instagram Account Claiming Her Son Mason Leaked Details Over Potential Kylie Jenner Wedding-‘I Will Spell It Out Clearly, That Is NOT Mason’

The confusion emerged after the Instagram account suggested that Kylie recently had a bridal party. In the post here, we can see that that account has claimed the following: “Hey guys! Mason here you’re [sic] favorite person LOL.

“Here’s an update on life. Kylie is getting married and…that’s why she’s the only one wearing white!!!” The post did raise some suspicion for the following reasons. First of all, Mason is only 12-years-old.

Therefore, it would have been very hard to believe that he could have given the first inside scoop on this prior to any other member of the Kardashian family speaking out.

Secondly, even if it did turn out to be Mason, the chances of him being in control of an Instagram account by himself were very slim. Lastly, in any event, if Mason did happen to post this, then there was always a chance that it could have been done as a joke.

It is not surprising that Kourtney came out in order to set the record straight and clear up any misconceptions that may have emerged. And in response, she shutdown any rumours that anything of this sort had happened.

In her comments, Kourntey remarked: “Hello everyone, hope it is a beautiful Thursday. After months and months of thinking you would all know that is NOT Mason on these fake accounts, some of you don’t. So I will spell it out clearly.

“That is NOT Mason on these fake social media accounts talking about our family.” Despite that being cleared up, if Kylie and Travis Scott’s relationship continues in the same manner, then perhaps it is only a matter of time before Kylie does have a wedding.

After all, she did see Kourtney walk down the aisle very recently as she committed to Travis Barker. Time will tell. So there you have it folks. What did you think about this? Let us know your thoughts in the comments section below.