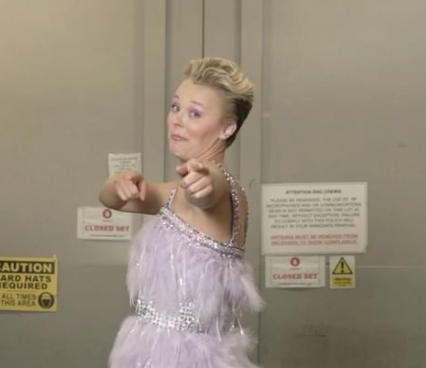 JoJo Siwa has blasted Candace Cameron Bure by calling her the “rudest celebrity.”

That is certainly a strong statement and especially one that generated a lot of talking points, as it went viral on TikTok. So much so that JoJo’s following post garnered upwards of 14 million views.

In the video here, we can see that JoJo is playing a game where she is categorising celebrities in the following categories: rudest, nicest or crush.

And as part of that process, Candace’s name came to the fore. So when it was time to reveal who was the rudest celebrity she had met, JoJo decided to show a picture of Candace on her phone from the sitcom ‘Fuller House.’

It is not exactly clear how the pair came across each other, but one thing for sure is that JoJo did happen to attend the premiere of the sitcom ‘Fuller House’ in 2016. Therefore, it is not out of the realms of possibility that they may have had some sort of an interaction which left JoJo feeling far from impressed.

Not only that, but the pair also happened to have competed on ‘Dancing with the Stars.’ While they competed on different seasons of the show, who knows if other members from the franchise had a similar feeling towards Candace.

The response on social media was mixed. A certain subset of people resonated with what JoJo had to say, while others questioned whether she had taken things too far. One person wrote: “The only reason why she thinks that is because Candace is a Christian and she’s gay.”

While another person stated: “Maybe she just didn’t like you. Not everyone is gonna like you.” It is safe to say that Jojo and Siwa do not see eye to eye, nor is that going to change anytime soon.

With that being said, it is probably wise that they stay out of each other’s way. So there you have it folks. What did you think about this? Let us know your thoughts in the comments section below.