Skip to content
Home > Celebrities > Martha Stewart > 80-Year-Old Martha Stewart Wants Her Friends “To Die” So She Can Hook Up With Their Men-‘I Always Think, ‘Oh, Gosh, Couldn’t That Person Just Die?’ 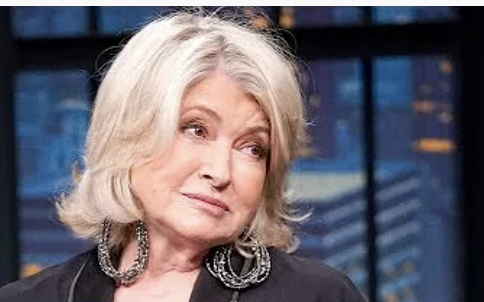 80-year-old Martha Stewart opened up on her struggles to find her dream man.

80-Year-Old Martha Stewart Wants Her Friends To Die So She Can Hook Up With Their Men-‘I Always Think, ‘Oh, Gosh, Couldn’t That Person Just Die?’

Ever since Martha got divorced from her ex-husband Andrew Stewart in 1990, she never managed to walk down the aisle again. This had been very hard to take, especially since she had been married to Andrew for around 3 decades.

Not only that, but Martha was the first person in her family to actually get divorced. But her journey to find a new man was complicated by the fact that the recent crushes she had, just so happened to be married. Just when you thought things could not get any more difficult, those crushes were married to her friends.

In her comments, Martha said: “But it turns out, you know, one of them is married to the mother of some friends of mine and I just … he’s so attractive. You know, you can’t be a homewrecker.”

And in order to cope with that realisation, Martha had a funny way of dealing with it. Rather than taking up the opportunity to do something she would regret by cheating on the men that were married, Martha dealt with that harsh reality in a comical way.

She made a remark about how she wished that those women were not part of the men’s lives. Her following comments confirmed as much: “You wanna believe that, ‘Oh, maybe this relationship that they’re in is temporary. Or maybe they’ll die.

“I always think, ‘Oh, gosh, couldn’t that person just die?’ Not painfully. Just die … but it hasn’t worked out.” The fans on social media, though, began to troll Martha. A certain subset were far from sympathetic and began to make some rather harsh comments.

One person wrote: “If she wasn’t so LIBERAL and FUGLY …. she just might have a chance !” Time will tell if Martha does manage to settle down at some point in the future. After all, she is not getting any younger. So there you have it folks. What did you think about this?