Skip to content
Home > Celebrities > Vivica A. Fox > Vivica A. Fox Calls Out Jada Pinkett Smith’s Comments About Wanting Will Smith And Chris Rock To Reconcile-‘So Self-Righteous On Jada’s Part’ 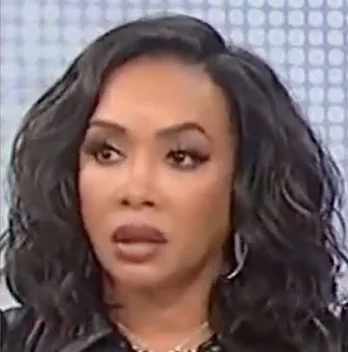 Vivica A. Fox Calls Out Jada Pinkett Smith’s Comments About Wanting Will Smith And Chris Rock To Reconcile-‘So Self-Righteous On Jada’s Part’

Will, for his part, received mass condemnation when he slapped Chris at the Oscars over a joke he had made about Jada’s hair loss. But Jada did not help matters recently when she spoke of her hope in seeing Will and Chris reconcile.

This was on the basis that her comments did not address the fact that Will had to be the one taking the proactive approach since he had wronged the comedian. And that is ultimately something that did not sit very well with Vivica, who did not hold back. In her comments on the ‘

The Wendy Williams’ show, Vivica said: “I have love for the Smiths. I know their children. I’ve watched them grow up, I just wish we could have just a little more accountability and for it to not seem so self-righteous on Jada’s part and that’s my feelings.”

Vivica’s comments do hold some weight. Not only did Chris suffer, but the people who had taken their time out to make the Oscars a memorable event had equally done so. The main producer of the Oscars Will Packer, an African-American, became a victim of seeing one of the biggest moments in his life being tarnished.

And the longer that the Smith family fails to reach out to Chris and patches things up, then that negative sentiment is not going to go away. Vivica stated: “This night was a night of African American and diversity for brown and black people.”

The sentiment on social media was much the same. People felt that Jada could be doing more to bring about a resolution between Will and Chris. One person wrote: “She always acts as is she can’t do no wrong,” while another person stated: “Jada has always been the problem.”

Time will tell if Will and Chris will smooth things over. So there you have it folks. What did you think about this? Let us know your thoughts in the comments section below.

If you liked reading this article, then check out our other features on the Daily Soap Dish. Please also visit The Over Timer for all of the latest exciting news on all of your favorite daytime television