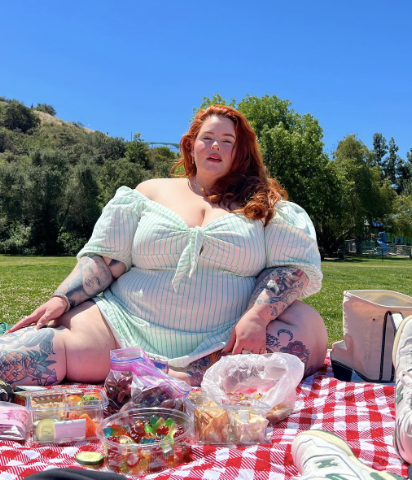 Model Tess Holliday has blasted a troll after being subjected to comments about her weight.

Tess, for her part, has defied the expectations that have been placed on the modelling industry by being one of the most popular people to advocate plus-size models. But in the process of doing so, not everyone has been convinced by her.

And that is when the comments began to get out of hand, as one troll went after the star. In the comment at the time, the troll mocked Tess with the following: “I’ve been following really big fat ppl so I could see how others see me. was so grossed out, I lost over 150 pounds so far.”

That naturally did not go down well, given that insecurities about one’s image are things which people struggle with on a daily basis. And for Tess, she is no exception. That is why she called out the troll for the preconceived notion that happiness was judged by a person’s weight.

And by doing so, Tess highlighted that happiness is ultimately based on how someone feels within their own skin. In response, she remarked: “I can guarantee a lot of the larger bodies and individuals you’re following have happy, full lives, not despite them being fat, but they just are. They just exist.”

This is something that Tess is no stranger to. She expanded on how she has become a victim of her image being used by others to make judgments about body image. Although that may be the case, the very fact of the matter is that Tess has not been fazed by what others have had to say.

In fact, she has embraced it in her stride. She added: “I am fatter right now than I’ve been in a while. But I’m also happier. There are so many people that have been commenting lately saying that they can see my joy radiating. And that’s how other people see me.”

As long as Tess is happy, then that is the most important thing. So there you have it folks. What did you think about this? Let us know your thoughts in the comments section below.