Skip to content
Home > Celebrities > Zayn Malik > One Direction Fans Go Wild Over A Zayn Malik Return To The Band After He Shares Clip Of Him Singing The Band’s Hit Song ‘You And I’-‘IS EVERYONE BREATHING???’ 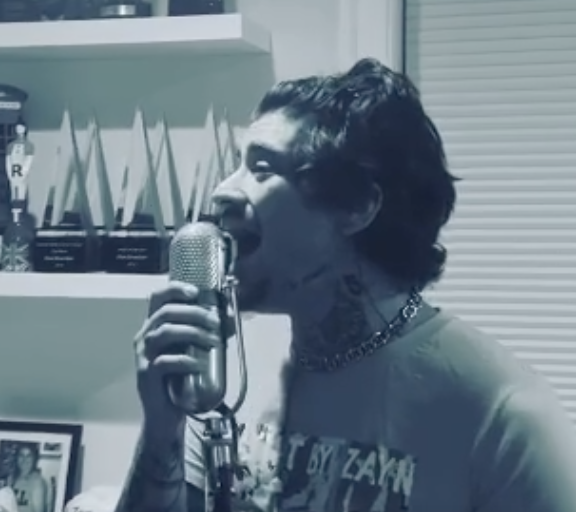 One Direction fans have gone into a frenzy after the band’s ex-member Zayn Malik shared a clip of him singing one of their hit songs ‘You and I.’

One Direction Fans Go Wild Over A Zayn Malik Return To The Band After He Shares Clip Of Him Singing The Band’s Hit Song ‘You And I’-‘IS EVERYONE BREATHING???’

Zayn, for his part, shocked the fans when he made the decision to walk away from the band in 2015. A year later, the whole band went on a hiatus which has continued to this day. Not only that, but Zayn pursued a solo career in the aftermath as he sought to distance himself from the band.

So the fact that he shared the following video was out of the blue. In the clip here, we can see that Zayn is belting out some high notes in an eight-second clip. The footage instantly went viral with over 13 million views and counting.

And yet, the timing of the clip has to be questioned. It arrives on the back end of Liam Payne slamming Zayn when he referenced his relationship with Gigi Hadid by ridiculing his behaviour in light of him being charged with harassing Yolanda Hadid.

Although Liam did apologise in the aftermath, the very fact of the matter is that the damage had been done. Despite Zayn getting negative attention, it looks as though he has come back into the good books of the fans with this footage.

And this was reflected in the comments that followed on social media. A significant proportion of fans could not believe that Zayn had shared this clip, with some even dreaming of the prospect that he could return to the band.

Not only that, others marvelled at just how good his vocals were. One person wrote: “ZAYN YOU HAVE SUMMONED THE WHOLE FANDOM,” while another person stated: “ARE WE OKAY??? IS EVERYONE BREATHING???”

Only Zayn knows why he shared that clip, but until he confirms otherwise, it will not stop fans from dreaming that he will return to the band. Time will tell how it all plays out.  So there you have it folks. What did you think about this? Let us know your thoughts in the comments section below.

If you liked reading this article, then check out our other features on the Daily Soap Dish. Please also visit The Over Timer for all of the latest exciting news on all of your favorite daytime television..