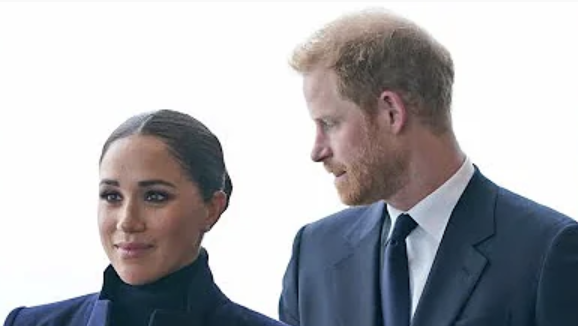 Netflix will not be happy by Prince Harry and Meghan Markle’s failure to get any footage during the Queen’s Platinum Jubilee.

That is according to Royal expert Angela Levin. The couple are set to go ahead with their docuseries, which has been given the green light by Netflix.

And as they were on hand to make their first appearance in front of the British public for 2 years, there were hopes that the couple could have gotten some footage to include in their documentary.

However, this was immediately shut down as a report indicated that Queen Elizabeth banned the pair from having a photographer during her private meeting with their daughter Lilibet. And that is something that Angela picked up on. In her comments, she said: “They would have sold it [photo].

“It would be very valuable, very valuable to them. Actually the palace was so clever and cunning that they never had a chance to be photographed with any of the senior Royals.’ I heard Netflix wanted these pictures of them with the royals.”

It was not just the photographs that left Angela unimpressed. It was also the manner in which Harry and Meghan had decided to leave. Once it became clear that they were not going to get any photo opportunities, they should have put that to one side and focused on trying to get a reconciliation.

And yet, the pair made a quick exit, something which left a bad taste in Angela’s mouth. Her following comments confirmed as much: “They should have stayed for a few days afterwards, spent time with the Queen after her duties had finished, tried to make things right with William.

“They would have had the time – but they chose to rush in and rush out.” Harry and Meghan chose to walk away. With that being said, they have to accept the consequences that occur with the decisions they have made. So there you have it folks. What did you think about this?