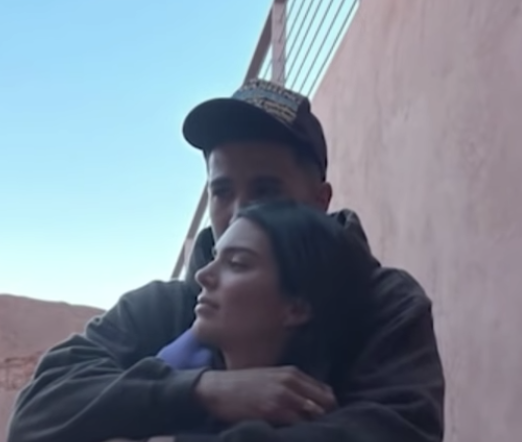 Kendall Jenner and Devin Booker were pictured hanging out together, despite having broken up less than a week ago.

According to reports, the pair decided to go their separate ways on the basis that they had different priorities in their lives going forward. Therefore, they were not in a position to commit themselves and take their relationship to the next level.

And yet, the following pictures demonstrate a duo who look far from dissatisfied. In the series of pictures here, we can see the pair are laughing with each other. Nothing seems to be phasing them, nor the fact that they had just broken up. And as they had a good time, it appears that Devin was moving in for a kiss.

Nevertheless, it is too early to tell if this is going to lead to a reconciliation for the following reasons. First of all, the pair were bound to still be close to each other by virtue of the fact that this split was still very fresh. Secondly, just because they have split up, it does not necessarily mean that they have to cut all ties.

Having said that, though, there could be more to this than a simple meeting. Prior to this sighting, the two did like each other’s respective Instagram posts. Devin responded by giving his seal of approval to a picture showing Kendall going sunbathing fully nude, while Kendall did the same with an image of Devin wearing a suit.

With that being said, the fans on social media had a lot to say. A certain subset of people were not happy to see that the pair were still close. This was on the grounds that they did not believe Kendall was the best person for Devin. One person wrote: “Devin lose this b**ch so you can win a ring.”

We will have to see how this will play out going forward in the future. So there you have it folks. What did you think about this? Let us know your thoughts in the comments section below.