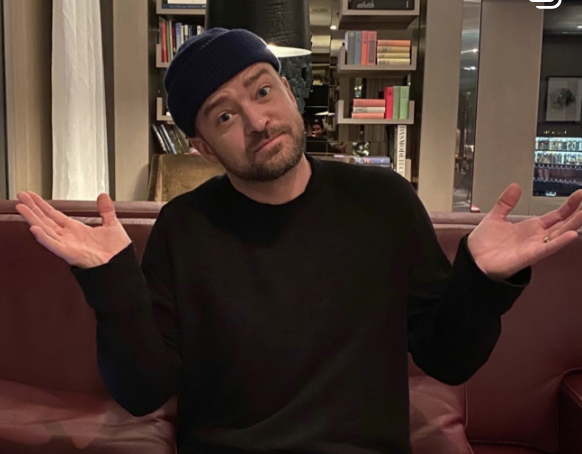 Justin Timberlake has trolled himself in response to a viral video of him attempting to do the ‘Beat Ya Feet dance.’

Justin Timberlake Trolls Himself Over His Viral ‘Beat Ya Feet’ Dance Disaster-‘I Want To Apologize..Maybe It Was The Khakis’

Justin is known for being one of the best dancers around, but this time around, his skills failed to impress his fans. In the video here, we can see that Justin is attempting to carry out the routine.

It is clear that he is struggling to keep up with the moves, but he does his best to carry on nonetheless. And after that raised so many talking points, Justin was on hand to address it in the funniest of ways. In a post to his fans on Instagram, Justin mocked his feet.

He said: “DC, I want to apologize..Maybe it was the khakis, it was a real khaki vibe. But I’m going to make this up to you. I’m going to focus on these two guys [feet] right here, and get them right.”

This was a slight blip in his performance, but it is something that he will have to get to grips with quickly. Reports indicate that Justin could be set to replace Hugh Jackman on Broadway for ‘The Music Man.’

And given that Hugh is not an easy person to replace, Justin will have to come up with better dance moves if he wants to succeed in that regard. The fans on social media had a lot to say about Justin’s dancing. A certain subset of people were of the view that perhaps his skills were waning by virtue of the fact that he is now in his 40s.

One person wrote: “Justin 41 now! He put on a few pounds. He doing his regular footwork and same dance moves just slower with a hint of bengay. To be honest its better than watching Ginuwine trying to pony.”

Time will tell if this was a one off, or a taste of things to come. So there you have it folks. What did you think about this? Let us know your thoughts in the comments section below.