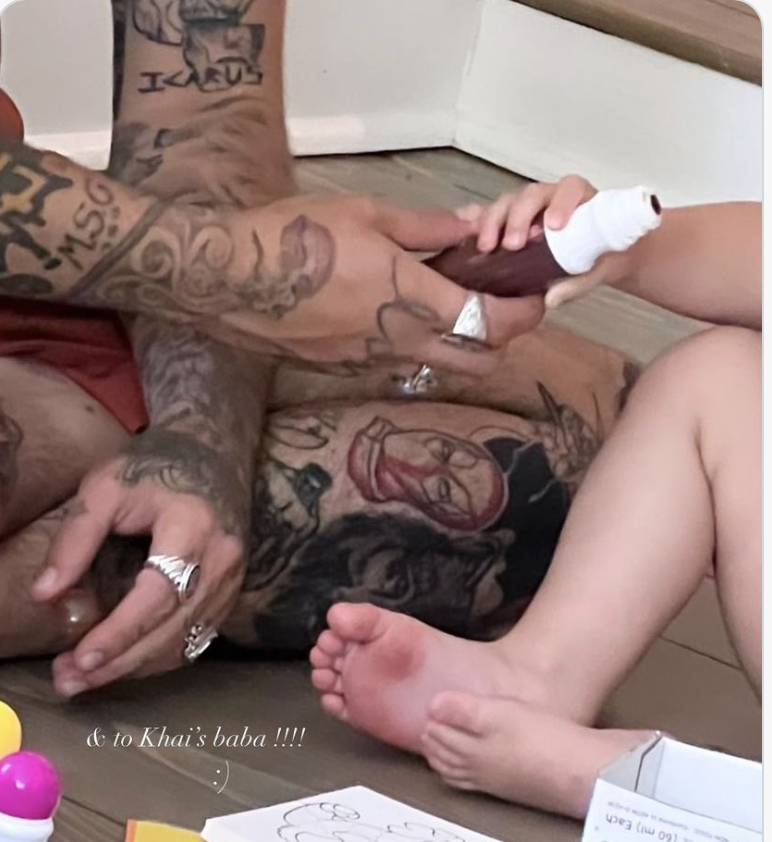 Gigi Hadid showed that she still supports her ex Zayn Malik after sharing a tribute to the singer in honour of Father’s Day.

The duo, for their part, split up after Zayn was charged with harassing her mother Yolanda Hadid. Although that may have been the case, it appears that they are ready to make things work for the sake of their daughter Khai by having cordial co-parenting relations.

In the picture here, we can see that Zayn is playing with Khai. He is handing her a coloured marker, as it appears that they are doing some drawing. The post was captioned by the following comments: “to Khai’s baba!!!!”

This post fits in line with Zayn’s attitude at the time in response to the charges. He expanded on how he was not going to fight them on the basis that he wanted to avoid dragging his baby into a public drama.

Instead, the singer vowed to be there for his daughter and posts like this suggest that Zayn is living up to his word. In some prior comments made at the time of the charges, Zayn remarked the following: “I very much want to create a safe and private space for my daughter.

“In an effort to protect that space for her, I agreed to not contest claims arising from an argument.” Despite that show of unity, the response on social media was far from positive.

A certain subset of fans felt that Gigi should avoid getting too close to Zayn on the basis that they may end up back together, which would only justify Zayn’s prior mishaps. One person wrote: “STAY AWAY FROM HER,” while another person stated: “BOOOOOOOO.”

It is too early to tell if this is just a show of support for Father’s Day, or whether it could be a sign of the duo trying to work things out. But given what we have seen so far, there is not a lot of enthusiasm to see the pair getting back together.