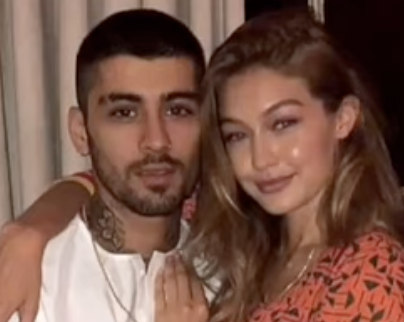 Gigi Hadid and Zayn Malik are still on good terms despite their split.

The pair broke up in the aftermath of Zayn being charged with harassing Gigi’s mother Yolanda Hadid. While Zayn denied doing anything of the sort, he agreed to not contest the charges on the basis that he did not want his daughter Khai to be embroiled into a situation where there could have been mass media intrusion.

And this appeared to have worked after Gigi gave a Father’s Day shout out by sharing a picture of him and Khai spending some quality time together drawing. And by the looks of it, things could not be in a better place.

A source said the following: “[They have a] ‘loving and caring relationship despite being broken up. [They] don’t hate each other [and are] doing the best they can.”

One thing that has helped the pair navigate things has been the distance they have had which has allowed them to work things out. After all, once Zayn had been accused of harassment, there were concerns whether Gigi would cut ties for good.

This was particularly since they had gotten back together and then broken up on numerous occasions. But with Zayn having time to himself coupled with the fact that he goes out of his way to visit them on a remote farm, this has helped things.

The source added: “They’re not living together, but Zayn visits Gigi and Khai at the farm in Pennsylvania a lot when they’re there. They like to spend time away from the city because it’s more safe, quiet, and exclusive.”

As of now, there is nothing to suggest that Zayn and Gigi will get back together. But given the pair’s prior track record, it is not out of the realm of possibility that they will be able to work things out.

And if their co-parenting continues to go well, then that may be enough for them to consider that possibility. So there you have it folks. What did you think about this? Let us know your thoughts in the comments section below.