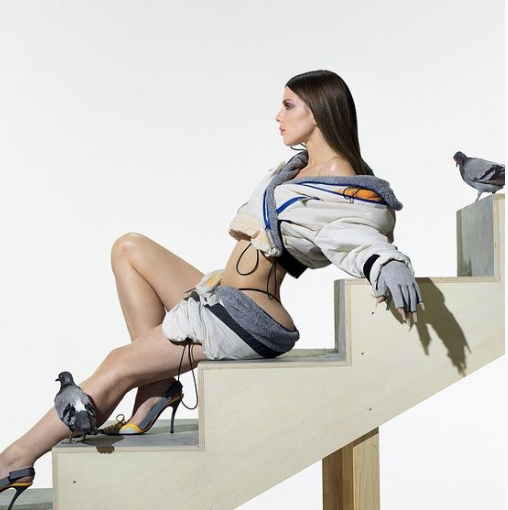 Julia Fox sent her fans into a frenzy after she was pictured wearing a wedding dress.

The actress has remained single since her split from Kanye West. Therefore, the last thing that people expected to see was her donning a wedding dress. In the pictures here, we can see that Julia is wearing a traditional white wedding dress. The post was captioned minor following comments: “@zacposen did the dress.”

This begs the question: Is Julia actually going to walk down the aisle? Well, rather than this being the case, there was a simple explanation for all of this. It turns out that she was wearing the dress for the purposes of promoting her movie ‘The Trainer.’

As such, she had not found someone to settle down with which was consistent with the fact that she has not been linked to anyone since her split from Kanye. And yet, that did not stop the designer of the wedding dress (Zac Posen) from playing along. In a post on social media, he remarked: “CATS OUTTA THE BAG.”

Much in the same way, the fans on social media began to ridicule Julia. This was on the basis that she has a tendency to wear outfits that are not befitting for a particular occasion. One such occasion involved her wearing a bra and pantie during the course of her grocery shopping.

Thus, Julia’s latest move got the fans chuckling too. One person wrote: “She prolly wants to go grocery shopping in that dress. Not marry lol,” while another person stated: “She dead probably just heading to Trader Joe’s.”

Regardless of what you think about Julia’s sense of style, there is no denying that she does generate a lot of talking points. Unfortunately for her, though, they do appear to be negative.

That is not going to stop Julia from doing what she thinks is best, though, especially when it comes to her appearance. So there you have it folks. What did you think about this? Let us know your thoughts in the comments section below.