Skip to content
Home > Celebrities > Bella Hadid > Fans SLAM Gigi And Bella Hadid’s Shaved Head And Bleached Eyebrows-‘Holy Heavens, They Look Like They Are From A Concentration Camp’ 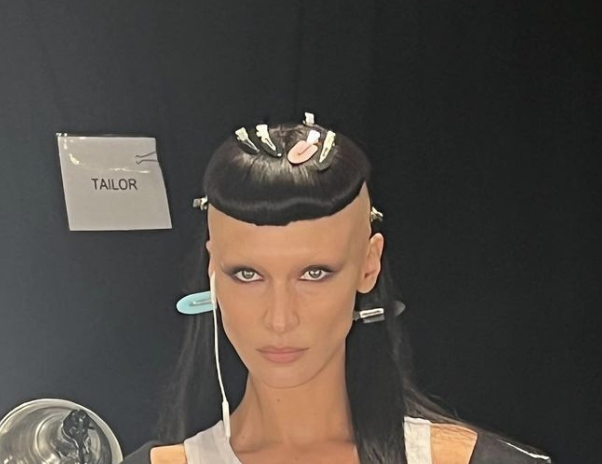 Fans have reacted to Gigi Hadid and Bella Hadid’s shaved-head and bleached eyebrows.

Fans SLAM Gigi And Bella Hadid’s Shaved Head And Bleached Eyebrows-‘Holy Heavens, They Look Like They Are From A Concentration Camp’

The two sisters are some of the biggest models in the world, and yet, their sense of style has not always gone down well with the fans. And the following images are indicative of that. During the cause of a catwalk held at the New York Public Library, the two sisters showed off their rather outlandish look.

In the images here, we can see that they both have had their heads shaved, as well as turning up with bleached eyebrows. The two looked completely unrecognisable from the images that the fans are usually accustomed with.

Nevertheless, it is important to bear in mind the following factors. It turns out that the actual hair had not been shaved, but rather, a team of prosthetic artists came together in order to use some bald caps and a wig to pull off that look. As for the eyebrows, however, they did turn out to be real in the sense that they were bleached.

Irrespective of whether or not the full look was actually permanent, the fans on social media had a lot to say about this. The criticism centered around the fact that people could not understand why the two sisters had decided to go ahead with this look. After all, it was hardly an advertisement for beauty.

Meanwhile, others simply decided to mock the two sisters on the basis of their appearance. One person wrote: “They look like they are from a concentration camp,” while another person stated: “Holy heavens!!!!! Let’s hope those are really good prosthetics! This is a scary look.”

The look clearly did not go down very well with the fans, but luckily for everyone involved, it is not going to be permanent. With that being said, it is probably wise that the two sisters stay away from this look going forward. So there you have it folks.