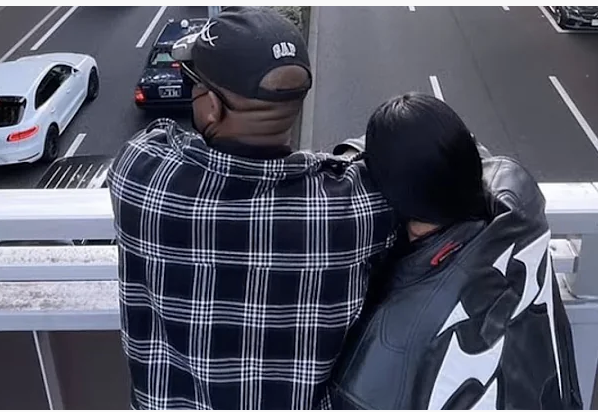 Chaney Jones has added to the speculation that she has broken up with Kanye West by removing pictures of them together from her social media.

The Kim Kardashian look-alike was first linked to Kanye in February of this year. This arrived on the back end of the rapper parting ways with Julia Fox. Although Kanye attempted to move on from Kim, it seems that he cannot find someone that custards the mustard.

And that is why Chaney decided to remove any pictures in an attempt to move forward as soon as possible. This begs the question: why did things between Kanye and Chaney change? Well, sources alleged that the relationship started to break down following a recent trip to Tokyo, Japan last month.

And during the course of that process, Kanye’s behaviour was making things difficult. In addition, there was also a significant age gap between the pair. Chaney, for her part, is 24-years-old. Meanwhile, Kanye is two decades older, aged 44.

With that being said, it is clear that both sides would have most likely had different priorities going forward. Although that may have been the case, there is no denying that Chaney did get the five-star treatment.

The rapper showered her with numerous gifts, including a Hermès Birkin bag that was rumored to have cost $275,000.  Not only that, but Chaney experienced the opportunity to travel to different parts of the world. But now that this has come to an end, the fans on social media were not surprised by what had happened.

A significant proportion of fans still felt that Kanye was hung up on Kim. As a result, they expected the rapper to have these fleeting relationships as he struggles to deal with Kim moving on with Pete Davidson. One person wrote: “He will never recover from Kim. Pete Davidson owns him.”

Time will tell if Kanye and Chaney manage to settle down in the future with someone else. So there you have it folks. What did you think about this? Let us know your thoughts in the comments section below.