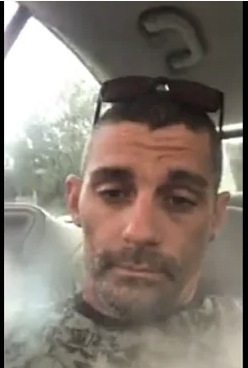 According to reports, Jason had been living in another woman’s house for approximately a month. And during the course of that process, he was not exactly the best house guest. It is claimed that the woman had noticed that some jewellery was absent from her bedroom.

And with no one else within the area that could have been culpable, the attention naturally turned towards Jason. And yet, he was not forthcoming. A source told TMZ the following: “She noticed jewellery missing from her bedroom. She claims Jason initially denied stealing a bracelet.”

However, once it became clear that Jason could not wriggle out of this, he came clean to the woman. As a result, an apparent felony arrest warrant had been put out in Napa County. And given that Jason has pawned off the bracelet, there is now a serious issue at hand.

The source added: “Jason later admitted to the woman he stole the bling — a diamond and sapphire tennis bracelet valued at $2k — and sold it to a local pawn shop.”

This will now most likely be put to bed, as Jason was recently arrested for trespassing on Britney’s mansion as he gatecrashed the preparations for her wedding. And in the aftermath of that process, Britney and Sam Asghari have reportedly filed for a restraining order against him.

And now that he is in the hands of the authorities, he can be held accountable. That is exactly how the fans on social media wanted to see things playing out. A certain subset demanded that Jason receive the highest possible punishment. One person wrote: “Restraining order & body guards. That mf cray dangerous.”

The sooner the authorities deal with the matter at hand, then the better it is for everyone involved. And this will finally allow Britney to move forward from Jason’s antics. So there you have it folks. What did you think about this? Let us know your thoughts in the comments section below.