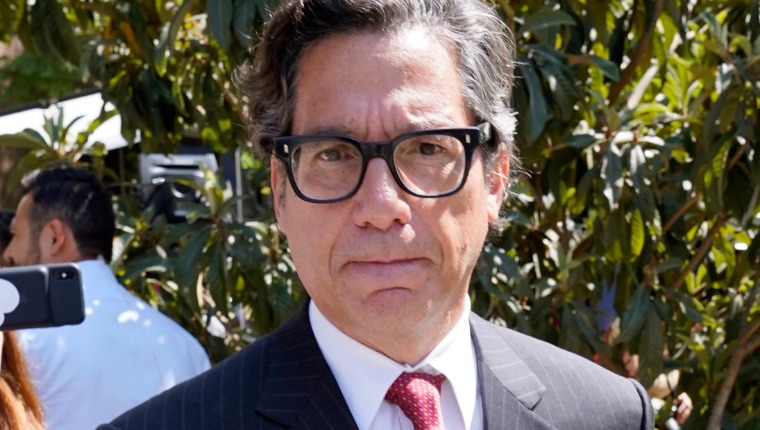 Mathew Rosengart, Britney Spears’ attorney, has revealed he wants the singer’s ex-husband Jason Alexander prosecuted after he trespassed into her home in the run up to her wedding with Sam Asghari.

According to reports, Jason arrived at the mansion where Britney was doing the wedding preparation at Thousand Oaks, Calif. Thereafter, it is claimed that when he got inside he approached the security guard to ask: “Hey, where’s Britney at?”

Once Jason was told he had to leave by security, he failed to act on that. Instead, he went into the back garden, as shown in the clip here. But things did not end well, as pictures show that he was apprehended by security.

And with Britney’s big day having suffered from that incident, Mathew wanted to thank the authorities for their help. In an interview with Page Six, he said: “Jason Alexander has been handcuffed, taken into custody and arrested.

“I express my thanks to the Ventura County Sheriff’s Department for their prompt response and good work.” This was the last thing that Britney needed in her personal life, given what she has been through recently.

Her wedding day was something to look forward to in light of the fact that she had suffered from a miscarriage just this year. Not only that, but after having managed to free herself from the controls of her conservatorship, it was a shame that her wedding plans were disrupted by an ex she had moved on from.

That is why Matthew wanted to ensure that nothing like this happened again by holding Jason to account. He added: “I’m working closely with law enforcement to ensure Mr. Alexander is aggressively prosecuted to the fullest extent of the law.”

Time will tell if this has shaken up Britney, but one thing for sure is that Jason will not be coming anywhere near the singer anytime soon. And that is the most important thing to remember. So there you have it folks. What did you think about this? Let us know your thoughts in the comments section below.