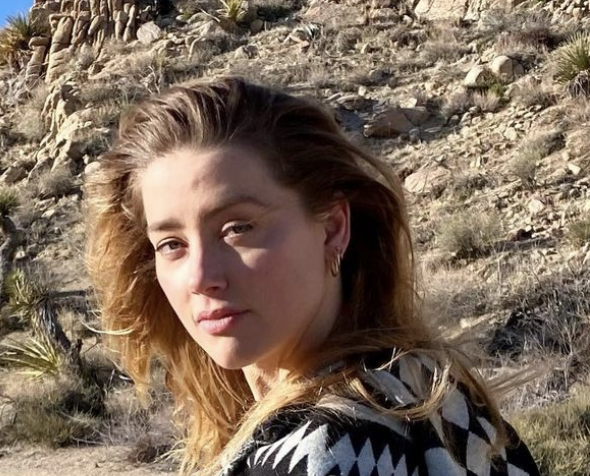 Amber Heard is reportedly trying to stay positive amid her defamation trial loss against her ex-husband Johnny Depp.

Things are not looking very good for Heard on the basis that her legal team has made it clear she is not in a position to pay her damages. Not only that, but her attempts at improving her reputation by holding a sit-down interview with NBC backfired as it was not well received.

And yet, Heard is not going to go out without a fight. Reports indicate that she is having talks about a book that will touch upon her trial. With that being said, Amber still has things to look forward to. A source said: “[She is] doing okay. She feels drained and exhausted after the trial.

“[She] is trying her best to have a positive outlook.” Aside from her personal ventures, Heard has had the support of her family. Her sister Whitney Henriquez made it clear that she will stand by her sister irrespective of what the jury had concluded.

So much so that she went on to state that the ‘truth is forever on your side.’ Not only that, but Amber has her daughter to look after too. And as a result of all this, all three of them have become a lot closer.

The source added: “She is happy to spend every day with her baby girl. Her sister is also her biggest supporter. They spend a lot [of] time together.” Nevertheless, the fans on social media were not so positive.

This was on the grounds that they found it very difficult to see her bouncing back and forging a career for herself. One person wrote: “She’s trying to save face and what little career she has left.”

Time will tell if Amber can manage to bounce back, but given everything that we have seen so far, it is going to be very difficult. So there you have it folks. What did you think about this? Let us know your thoughts in the comments section below.