Skip to content
Home > TV > The Bachelor > The Bachelor: Lauren Bushnell Recalls Being A Mess After Her Split From Ben Higgins-‘I Was Really In A Low Place’ 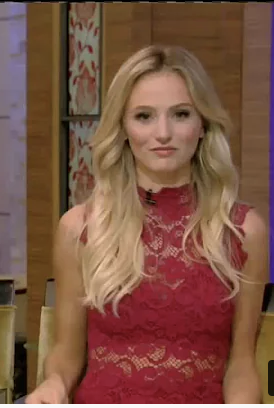 Lauren Bushnell has recalled how her life spiralled out of control in the aftermath of her break up from Ben Higgins.

The Bachelor: Lauren Bushnell Recalls Being A Mess After Her Split From Ben Higgins-‘I Was Really In A Low Place’

The former star of ‘The Bachelor’ franchise had a tough time with Ben to say the least. In the finale of the show, their engagement had aired in front of the whole world in 2016. But things soon took a turn for the worst.

Ben decided to back out and cancel the upcoming wedding, which threw a major spanner in the works. Not only that, but they had signed up to their own reality TV show ‘Ben & Lauren: Happily Ever After?,’ to document their new life together.

With so much having happened in such a short space of time, it was understandable that things had gotten too much for Lauren. In an interview with Page Six, she said: “I was really in a low place. I was kind of at that rock bottom place.

“I needed to get there, though, in order to reflect and figure out who I was and what I wanted. I think I needed to just be alone, refocus on myself and rebuild who I was without a camera in my face.”

But as the show went ahead for one season, it made things much more difficult. Lauren expanded on how the expectation of confirming to the cameras made her neglect the fact that she was not happy in her relationship.

And given that the foundation was not strong, it was not surprising that Ben felt the same. The former has admitted that the show may have sped up the split, but in reality, it was only a matter of time.

Lauren’s following comments confirmed as much: “I was young. I think I needed to do a lot of reflecting on myself, and I had a lot of growing to do.” Looking back, Lauren will not be having too many regrets in that regard. So there you have it folks.