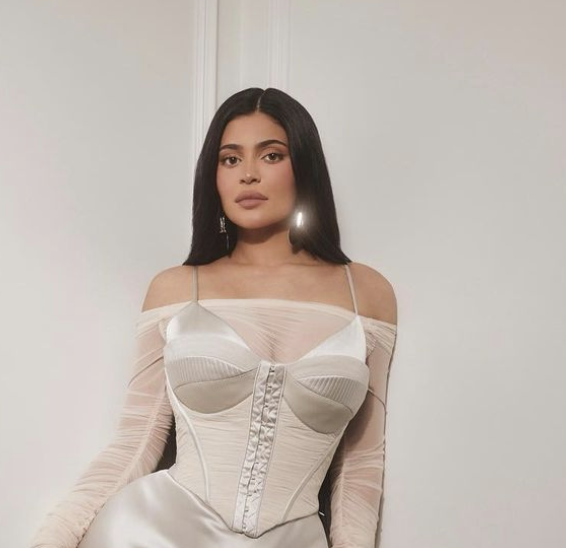 Kylie Jenner showed off her body with a naked, see-through dress at the Billboard Music Awards 2022.

The reality TV star has made no secret over her recent weight loss journey in the aftermath of giving birth to her second child. As part of that process, Kylie admitted to putting on as much as 60 pounds.

But ever since that moment, she made the decision to shed those pounds. And that resulted in her coming out by confirming that she had managed to shed 40 pounds. With that being said, she was not shy in showing off her figure.

In the picture here, we can see that Kylie is wearing a nylon-coloured dress. It is a see-through dress, which exposes her full body including her breasts. She is accompanied by her boyfriend Travis Scott, who is holding her, as they pose for the cameras.

And after having gone through that weight loss journey, Kylie will be relieved to be able to finally pull off these looks which she had become so accustomed to doing. In her prior comments about her postpartum journey, she remarked: “It’s very hard.

“This experience for me, personally, has been a little harder than with my daughter.” Nevertheless, the fans were not impressed by the outfit that she was wearing. And in the process of doing so, they began to make derogatory remarks towards the reality TV star on the basis that she was lacking grace.

While another person stated: “That’s the most unflattering garment I’ve ever seen. She looks like she has grotesquely lopsided breasts and peed herself.”

Kylie will continue to wear what she wants, but it is safe to say that this is not her most flattering outfit, despite the boldness that she has shown. So there you have it folks. What did you think about this? Let us know your thoughts in the comments section below.