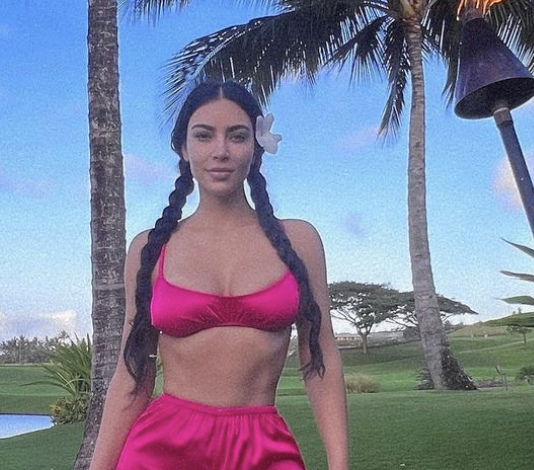 Kim Kardashian’s latest outfit has been compared to the iconic Barbie dolls that have graced the world.

Kim, for her part, is known for pushing the boundaries when it comes to her appearance. And this was no exception. In the pictures here, we can see that Kim is wearing an all-pink top and leggings. In her hand is the same coloured bag, as the look is finished off with some pink shades.

Kim has a huge smile on her face, as she walks down the street. The outfit was part of a photo shoot that Kim was undertaking, and yet, that did not stop fans from having a go at the Kardashian.

A certain subset of people were of the view that Kim had looked atrocious and was an embarrassment by virtue of being a mother to four young children. Meanwhile, others simply began to mock the star with some derogatory remarks. This was on the grounds that her style was never the same once she had split up from Kanye West.

One person wrote: “Without ye all her outfit are same !!!” Despite the criticism that has followed, Kim continued to rock the look in the presence of her children. In the video here, we can see that Kim has the outfit on as she begins to dance with her kids.

They all have huge smiles on their faces and could not look any happier. And as this goes on, Kim had no qualms about recording the whole thing. With that being said, Kim has always expressed that she is looking to change the nature of women’s clothing forever.

In some prior comments, she remarked: “We’re creating the next generation of underwear, shapewear and loungewear by consistently bringing our customers newness and excitement with each drop.”

Kim will continue to wear what she thinks is best, regardless of what others may have to say about it all. And that is not going to change anytime soon. So there you have it folks. What did you think about this? Let us know your thoughts in the comments section below.