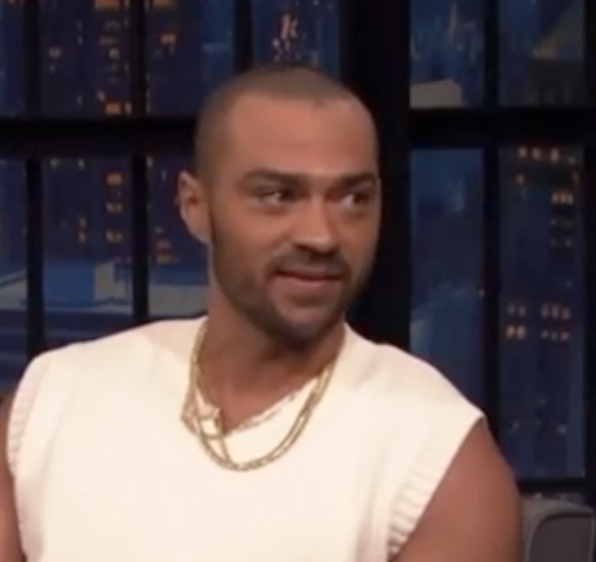 Jesse Williams has opened up about how he has become comfortable with going nude on the Broadway musical ‘Take Me Out.’

This revelation arrived on the back end of photos that were leaked, which appeared to show Jesse performing in the musical while he was naked. The story aims to showcase the struggles of a baseball player after he makes the decision to come out to his team-mates.

And as part of that process, it appears that the attention quickly turned to the size of Jesse’s penis. In response, Andy Cohen asked him: “Isn’t it much better when you feel good about your penis?” to which Jesse replied: “I would imagine so.”

Nevertheless, things were not so easy from the outset. This is understandable for the following reasons. First of all, the prospect of having his clothing removed in front of everyone was not exactly something that you see happening on a Broadway musical.

Therefore, in order to prepare for this, he had nothing to compare it to. Secondly, there is always the perception that his performance may not resonate with the public. And once something is done, there is no way to take it back.

Having said that, though, Jesse feels more comfortable with himself going forward. In his prior comments, he remarked: “Honestly, I just make that excitement. … I know it’s going to be fine. I just have to believe that and lean forward.”

The fans on social media did not mind too much over Jesse’s performance. In fact, a significant proportion of his female fan base were on board with the performance. And in the process of doing so, they marveled at his physique. One person wrote: “We’re ok with it too.”

Jesse has certainly taken a huge risk with his performance, but whether it pays off in the long terms is anyone’s guess. We will have to see how this will play out going forward. So there you have it folks. What did you think about this? Let us know your thoughts in the comments section below.