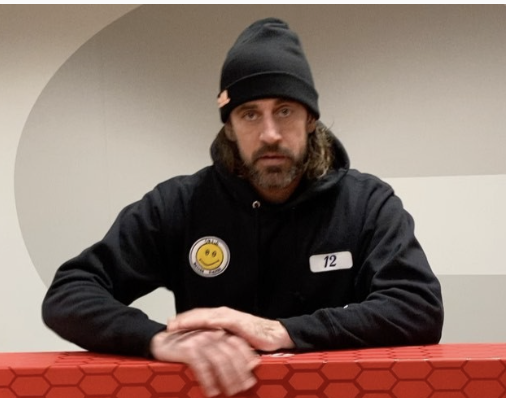 Aaron Rodgers did not attend his brother Jordan Rodgers’ wedding with JoJo Fletcher, despite having been invited.

The brothers are not on the best of terms, which has been that case for a while. During Jordan’s time on ‘The Bachelorette,’ Aaron did not attend his brother’s hometown date. But given that this had been in 2016, there were hopes that with time, the rift could have healed.

That is why the couple were disappointed that Aaron did not take the olive branch. A source said: “There is still a family rift. It’s a sad situation for the family and especially for Jordan who really does love his brother.

“Aaron missed out on his big day and that’s something Jordan’s never going to forget. Jordan invited his entire family, including Aaron.” Despite being a family rift, the Rodgers’ have supported Aaron on other matters.

This was seen last year when Aaron was slammed over his comments concerning his ‘Covid 19’ vaccination status. It was claimed that Aaron misled the public when he informed the media that he was ‘immunised’ against Covid, which was taken to mean that he had taken the vaccine.

So when it turned out that he had not been jabbed, the NFL star was bashed. But that is when his family stepped up to the plate, in particular, his father Ed Rodgers. In a prior interview with USA today, Aaron’ father said: “The main thing [is] I just support him. I’m proud of him.

“I trust his judgment and decisions. I think that’s what I would’ve done.” The fans on social media were not impressed with Aaron’s attitude. People felt that he should have been the bigger person and put aside any ill-will for one day. One person wrote: “Aaron is toxic.”

Hopefully, the two brothers can work things out. But given everything that we have seen so far, it is going to be a tall order. So there you have it folks. What did you think about this? Let us know your thoughts in the comments section below.