Skip to content
Home > Celebrities > Travis Barker > Fans SLAM Travis Scott For His PDA With Kylie Jenner By Reminding Him Of Astroworld-‘The Sun Sets On All The People Murdered At Your Concert!’ 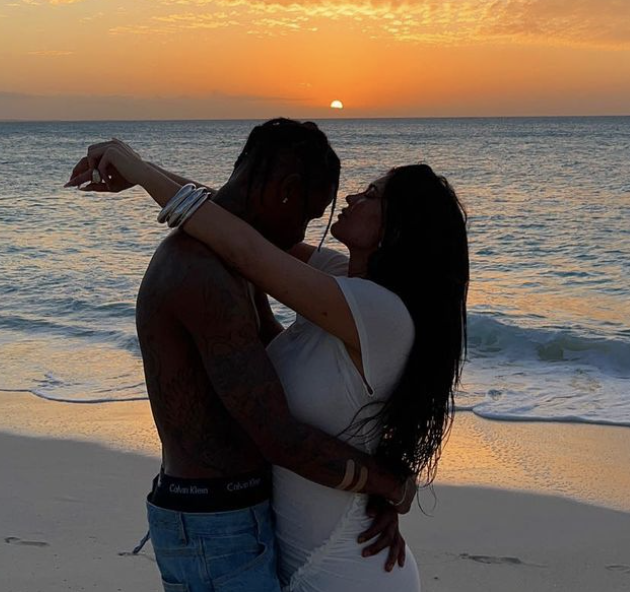 Kylie Jenner followed in the footsteps of Kourtney Kardashian by engaging in some PDA of her own with her beau Travis Scott.

Fans SLAM Travis Scott For His PDA With Kylie Jenner By Reminding Him Of Astroworld-‘The Sun Sets On All The People Murdered At Your Concert!’

The couple recently welcomed the arrival of their second child in February of this year. And that has gone on to bring the duo a lot closer together, especially in light of what has happened in their personal lives.

Travis has been heavily criticised, as a result of failing to make sure that people had gotten sufficient medical attention quickly enough during the recent Astroworld tragedy in which a reported 10 people were killed, as well as many others injured.

But given that it has been confirmed that he will be headlining in South America this summer, the pair have supported each other through this difficult period to the point where they are now closer than ever.

And so it showed. In the pictures here, we can see Kylie and Travis embracing each other as they stand on a beach with the sun in the background. They have huge smiles on their faces and could not be any happier.

It is not exactly clear where they had gone for the vacation, but their daughter Stormi was also having a great time too. In the clip here, we can see that Stormi is busy on the beach feeding what appears to be some lizards.

And after having had such a good time, Kylie was just delighted to be able to overcome her postpartum struggles that she had been so vocal about. Nevertheless, the fans were not happy to see Travis being shown in this manner.

People simply had not forgotten what had happened at Astroworld, and they made sure that the couple had been reminded of that. One person wrote: “While the sun sets on all the people murdered at your concert!?!? Y’all just don’t gaf! GO AWAY FOREVER.”

It is safe to say that there is not a lot of love being shown towards the couple. So there you have it folks. What did you think about this? Let us know your thoughts in the comments section below.