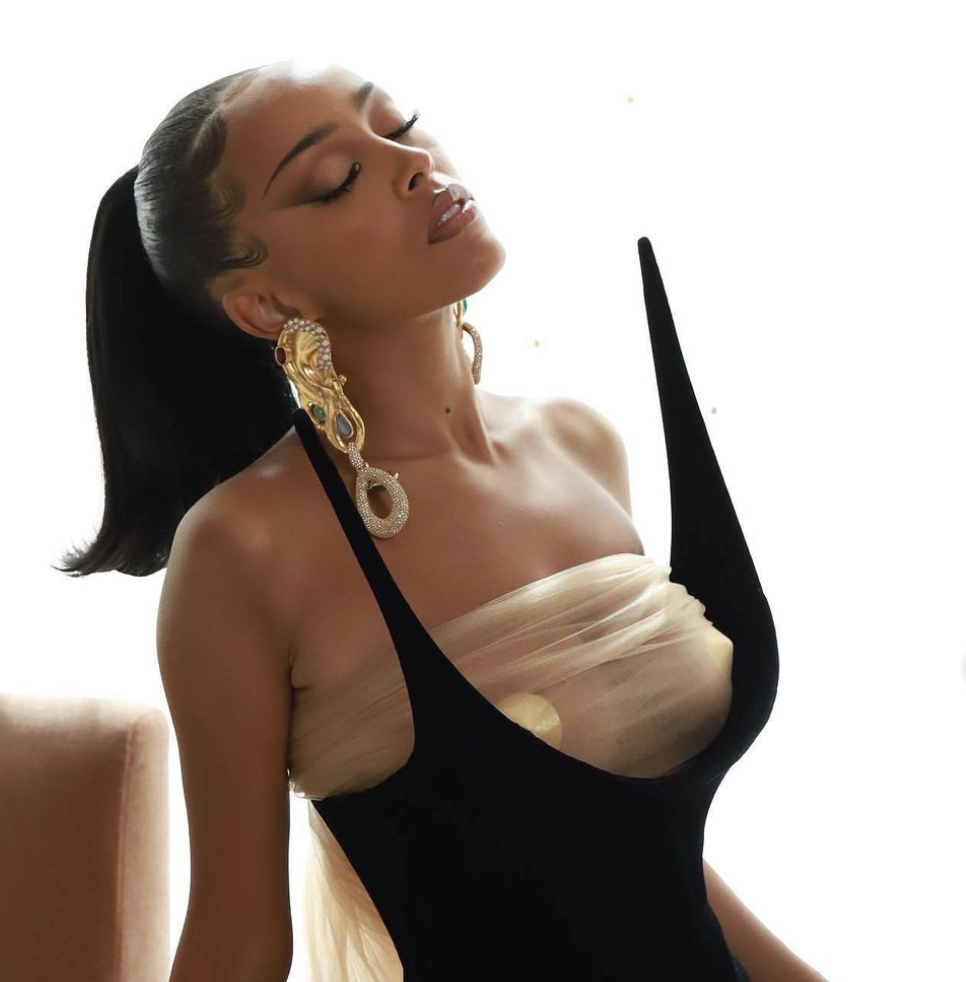 Doja Cat made an impression with her outfit at the Billboard Music Awards 2022.

The singer turned heads when she appeared at the red carpet event with a risqué dress. In the picture here, we can see that Doja is wearing a black dress. The dress has been worn so that her breasts are on show, as a piece of see-through clothing is visible on top of her breasts.

And as part of the outfit, her nipples have been covered with gold-coloured pasties. It is not exactly clear how much this outfit set the star back, but one thing for sure is that she did not mind the fuss that it was creating. In fact, she seemed to embrace it.

When asked about showcasing her breasts, she said:  “You can have them out and it’s not a crime.” But it is not just her dress that has raised many talking points. She had also confirmed in March that she would be quitting music.

This was on the grounds that the singer had received a huge amount of criticism for canceling a show in Paraguay during her South American tour. While this was done on the grounds of safety, by virtue of the fact that there had been a storm in the area, Doja was slammed by her fans.

In Doja’s comments at the time, she remarked: “I don’t give a f–k anymore I f–kin quit i can’t wait to f–king disappear and i don’t need you to believe in me anymore.” The fans on social media had a lot to say about her outfit, though.

A significant proportion of people blasted the singer over the fact that she had resorted to desperate measures in order to seek attention, thus lowering her class in the process. One person wrote: “Wtf is wrong with these people.”

Doja certainly created a lot of talking points, but unfortunately for her, they were for all the wrong reasons. So there you have it folks. What did you think about this? Let us know your thoughts in the comments section below.