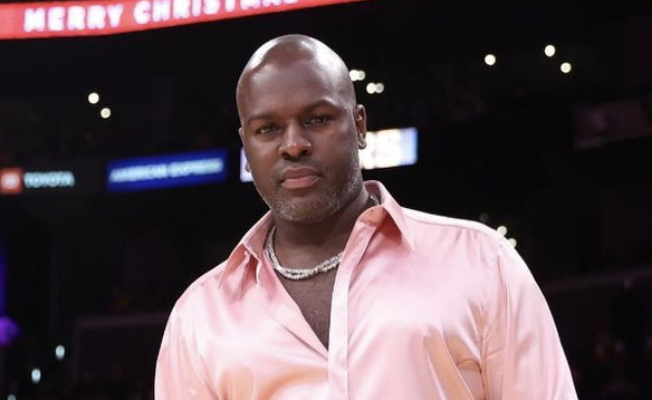 The curiosity emerged after a series of photos had shown various members of the Kardashians present, but noticeably, Corey was not pictured with Kris at all. And given that Corey was seen with Kris just last week in New York, there were concerns over whether something had happened with the pair.

After all, the only person expected to be missing was Scott Disick, as he was understandably not invited to attend his ex-wife’s wedding. With that being said, the fans started to speculate over what may have happened.

One person wrote: “Ya’ll spared Corey from that legs, hips, and body mess. I knew you guys had some class,” while another person stated: “MIA at the Kravis Wedding (haven’t seen them in any of the pictures) – Mason Disick, Pete Davidson, Corey Gamble.””

This begs the question: Why was Corey absent? Well, outside of an alternative explanation to the contrary, it could be explained for the following reasons. First of all, there is a possibility that he was not invited.

He may not be the closest to Kourtney and Travis, thus negating the need for him to be there. Secondly, it could be argued that he had pressing matters. After all, Pete Davidson did not attend despite being very close with the family, given that he is dating Kim Kardashian.

Lastly, in any event, perhaps something went on behind the scenes with Kris. Therefore, as a way to cool off, the pair may have felt it was necessary to have a little time apart. Regardless of what the reasoning may have been, the most important thing is that the wedding went ahead without any complications.

And now that it has been done, the couple will have plenty of things to look forward to regardless of whether Corey is involved or not.  So there you have it folks. What did you think about this? Let us know your thoughts in the comments section below.