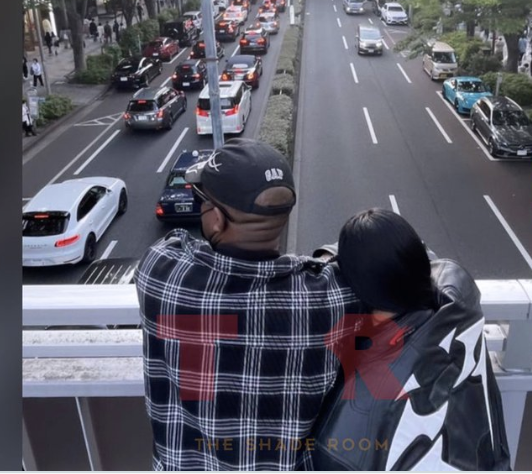 Fans defended Kanye West after suggestions that he decided to skip his son Psalm’s 3rd birthday party in order to relax in Tokyo, Japan with his flame Chaney Jones.

This is hardly going to endear Kanye to the public, given that he has previously spoken about not being able to see his children in a manner that he would want in light of a difficult co-parenting relationship with his ex Kim Kardashian. So to miss the opportunity to attend his son’s birthday party is not going to go down very well.

But in any event, Kanye will not mind, given how well the trip went. In the picture here, we can see Chaney and Kanye standing over a bridge, as they look at the oncoming traffic. She is leaning on the rapper for support, who is equally preoccupied by something in the distance.

In comparison, Kim had been busy organising a birthday bash. And by the looks of it, Psalm had a wonderful time. In another image here, we can see that Psalm has a huge grin on his face as he lies down on a series of balloons in the background. Although his father was absent on the day, he did not seem to mind given the photo.

Nevertheless, it is important to bear the following in mind. Kim’s party had been thrown prior to Psalm’s birthday, which is on Tuesday, May 9th 2022. Therefore, the likelihood is that they wanted to have separate parties with their kids.

As such, it could have been that Kanye was not invited. And yet, this did not stop the fans from having their say. And they responded by defending Kanye. One person wrote: “Stop trying to make him the villain!!!”

There is still the opportunity for Kanye to spend time with Psalm, and once his trip is over, you can bet your bottom dollar that this is what he will be looking to do. So there you have it folks. What did you think about this? Let us know your thoughts in the comments section below.