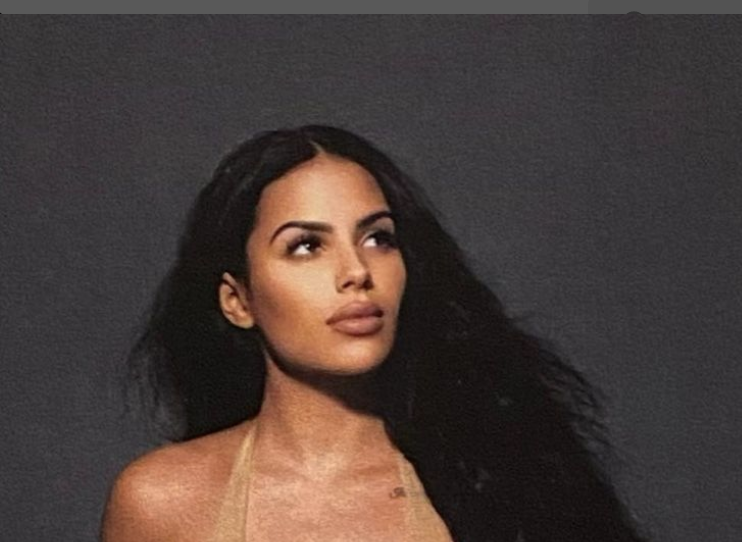 Kim Kardashian look-alike Chaney Jones has gotten a tattoo in honour of her beau Kanye West.

The couple have been growing closer together, which has coincided with Kanye’s ex Kim Kardashian’s flourishing relationship with Pete Davidson. And in order to show how much they are into each other, Chaney got herself the following tattoo. In the picture here, we can see that the word ‘Ye’ has been tattooed on Chaney’s wrist.

It is not exactly clear when Chaney had decided to get the tattoo, but one thing for sure is that the timing of it is very significant for the following reasons. First of all, this tattoo arrives on the back end of Pete Davidson having gotten several tattoos connected to Kim.

One had controversially been interpreted as including the initials of all of Kim’s children’s names. Meanwhile, the other had allegedly stated that ‘My Girl is a lawyer.’  Secondly, the timing would suggest that perhaps the pair’s relationship has now gone to the next level.

After all, by putting the rapper’s name on her body, Chaney must have been convinced by how things were going. The fans on social media had a lot to say about this. A certain subset of people were delighted to see the couple being very happy.

Meanwhile, others were of the view that it was only a matter of time before Kanye had acted out of hand. Thus, leading to the end of their relationship. One person wrote: “Ye dont know how to lose, he just cant.

“I hope he gives Chaney a kid and build something new with her while still being a great father to the 4 beautiful kids he made with mid,” while another stated: “She will regret that in 1 year or less.”

Will Chaney be able to live up to the tattoo and keep Kanye in a good place? Time will tell how it all plays out. So there you have it folks. What did you think about this? Let us know your thoughts in the comments section below.