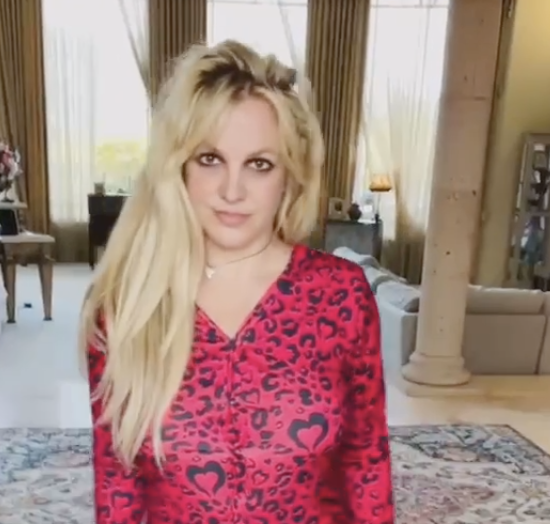 Britney Spears has revealed that she was hoping to attend this year’s Meta Gala.

Britney Spears Considered Going To This Year’s Met Gala But Instead ‘Got In The Tub With My Dog And Put Pjs On !!!’

The singer would certainly have made an impression if her social media posts are anything to go by. Britney has posted a series of nude pictures of late, something which would have fitted in well at the gala, given the outfits that had been on display.

This was most notably shown when model Cara Delevingne decided to go topless with her breasts on full display, as they were covered in gold paint. And yet, Britney’s decision to miss the event was not for want of trying. Rather, it seems that she would have had some issues getting there.

In a post to her fans on Instagram, Britney shared a video of herself swaying side to side as she wore a pink dress. In the background, we can see her cat moving about. The post was captioned by the following comments: “Yes I reposted this video !!! I wanted it in real time in silence !!! Why ???

“I’ve never done that before !!! I was gonna go to Met Gala but instead I got in the tub with my dog and put pjs on !!! I hate flying.” It is just as well that Britney did not attend, as there was bound to have been a lot of media attention on her.

And as she has been out of the limelight when it comes to attending major events for some time, perhaps it was best that she missed the event. After all, given what we know now with her miscarriage, the singer needs to focus on making sure that she remains in a good place.

With that being said, there is always the possibility that Britney could attend next year. And who knows, perhaps she will have much better news in her life at that moment. And that is something that can only be a good thing given her recent struggles. So there you have it folks.

What did you think about this? Let us know your thoughts in the comments section below. If you liked reading this article, then check out our other features on the Daily Soap Dish. Please also visit The Over Timer for all of the latest exciting news on all of your favorite daytime television soaps.