Becca Kufrin, the former star of ‘The Bachelorette,’ is officially engaged to Thomas Jacobs.

The couple have moved things at a very quick pace after having dated each other for less than a year. The pair initially met on the 7th season of ‘Bachelor in Paradise’ in 2021.

And during the course of that process, they ended up breaking up from each other in the season finale. But after a period of thinking things through, they decided to give things another go. And ever since that moment, they have continued to go on from strength to strength.

That is why the pair could not be any happier. In a post to her fans on Instagram, Becca shared a series of pictures from their engagement party. Thomas is seen opening a bottle of champagne, while Becca looked on in excitement.

The post was captioned by the following comments: “HE SAID YES! We’ve been keeping this secret just between us and close family & friends for a while but we’re so excited to shout it from the rooftops!”

Nevertheless, there is still reason to be cautious for the following reasons. First of all, this is the third time that Becca has gotten engaged. In 2018,  Becca got engaged to Garrett Yrigoyen. However, things ended up turning sour as they broke up in 2020.

Not only that, but Becca decided to then hook up with Arie Luyendyk Jr. However, their engagement ended as Arie moved on with Lauren Burnham. And yet, Becca has no worries about anything like that happening again.

She added: “I finally found my chauffeur for life and the one who makes my heart smile every single day. I can’t wait to do it all with you Tommy, thanks for making me the happiest gal alive. I love you to the moon & back.”

Time will tell if Becca and Thomas do end up lasting. But given what we have seen so far, they have a good chance. So there you have it folks. What did you think about this? Let us know your thoughts in the comments section below. 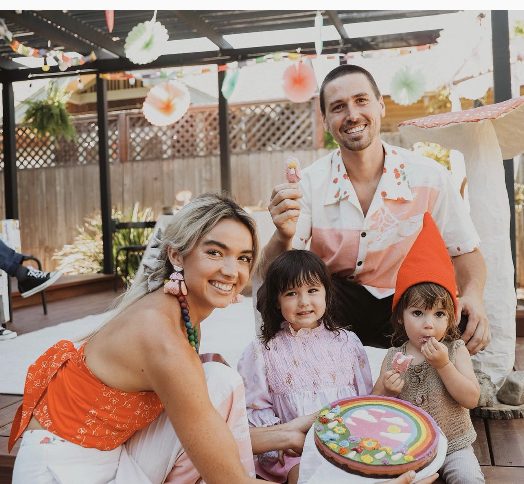