Skip to content
Home > TV > The Bachelor > ‘The Bachelor’: Clayton Echard Denies TikToker’s Claims That He Cheated On Susie Evans With Her-‘False Accusations Should Be Held Accountable’ 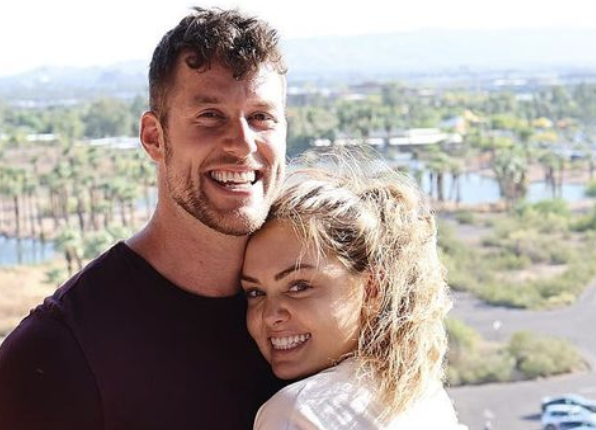 Clayton Echard has denied allegations that he had cheated on Susie Evans.

‘The Bachelor’: Clayton Echard Denies TikToker’s Claims That He Cheated On Susie Evans With Her-‘False Accusations Should Be Held Accountable’

These accusations arrived on the back end of a TikTok user, who had claimed that she had met up with a former star of ‘The Bachelor’ franchise while he was still engaged. Although the user did not initially name the person in question, she did do so later on by confirming that it was Clayton.

In order to counter what he believed to be false accusations, Clayton did not hold back on his condemnation for the accuser. In a post to his fans on Instagram, he said: “People that make these false accusations should be held accountable.

“Trying to gain clout by ruining a relationship is embarrassing and extremely immature.” Clayton, for his part, did mount a defence. This encounter was alleged to have occurred at a bar in New York, something which Clayton attempted to disprove by showing a screenshot of his location on his phone.

The star claimed that he was in Arizona having dinner with his brother Nate. As such, the timeline of events did not add up. He added: “Hope you learn a valuable lesson through this. Not all publicity is good publicity.”

It is ultimately Clayton’s words against the accusers, but given his prior track record, Clayton does have a tendency to hook up with other women. Susie had initially left the franchise after she discovered that Clayton had been intimate with two of the other contestants:  Gabby Windey and Rachel Recchia.

Although they have managed to work things out since then, there will always be an element of doubt. And yet, for Susie, she is convinced that Clayton would not do anything. In response to the allegations, she remarked: “Lmao I know that man loves the s—t out of me. He would never.”

Susie ultimately knows the person that Clayton is and as long as she is convinced by him, then that is the most important thing regardless of what others have to say. So there you have it folks. What did you think about all of this?