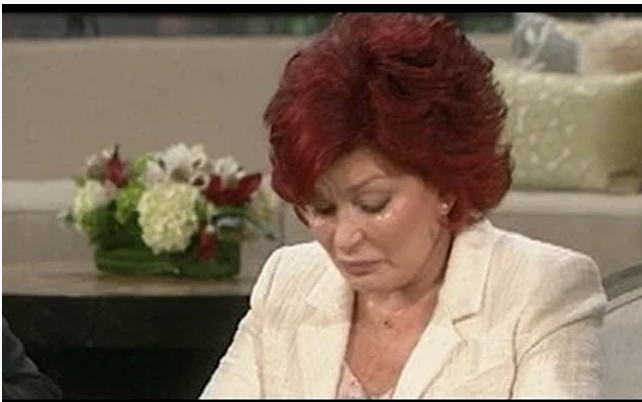 Sharon Osbourne has opened up on how she faced death threats in the aftermath of her exit from ‘The Talk.’

Sharon Osbourne Recalls Receiving Death Threats Following Her Exit From The Talk-‘They Were Going To Come In The Night, Cut My Throat’

Sharon, for her part, departed from the show last year after she was involved in a heated debate over racism. As part of that process, she had defended her friend Piers Morgan, who left ‘Good Morning Britain,’ due to his opinions on Meghan Markle’s interview with Oprah Winfrey.

Piers admitted that he was not convinced by Meghan’s account that she contemplated the thought of suicide, as a result of her treatment in the Royal family. And given that Sharon did not call out Piers, as well as being labeled as a racist herself which led to an internal investigation, it naturally all got too much for her.

In a statement, Sharon opened up on some of the horrifying things she had faced since then. She said: “They [critics] were saying they were going to come in the night, cut my throat, cut Ozzy [Osbourne’s] throat, cut my dogs’ throats.

“I said, ‘I ain’t going out, I ain’t doing anything.’ I just couldn’t stop crying.” And in order to deal with the anxiety she was facing, Sharon ended up resorting to the use of substances as a way to cope. She expanded on how she was suffering from anxiety and depression, which resulted in her taking ketamine.

And given that substance abuse is an issue that has plagued the Osborne family, this was a very dangerous thing to do. But for Sharon, she kept things in perspective. She added: “If you’re a person that stuffs things – ‘I’m fine, I’m fine’ – this drug relaxes you. You’re not out completely.

“You can hear, you can talk, but you’re so relaxed, and you can’t bulls— on it. It’s a truth drug.” Sharon has clearly been through a lot, but now that she has done so, hopefully she can come out of it the other side much stronger. So there you have it folks. What did you think about this?

Let us know your thoughts in the comments section below. If you liked reading this article, then check out our other features on the Daily Soap Dish. Please also visit The Go To Family for all of the latest exciting news on all of your favorite daytime television soaps.