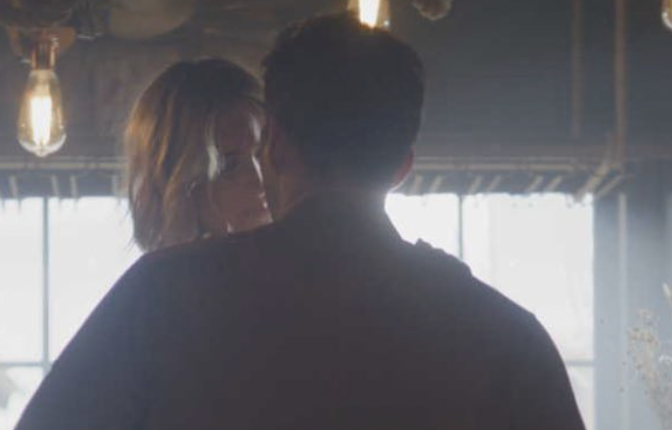 Kristin Cavallari has responded to the rumours that she may be dating Tyler Cameron.

Kristin Cavallari Responds To Rumours That She Is Dating Tyler Cameron Following Their Steamy Photo Shoot-‘We Are Not Dating, I Promise’

The speculation first emerged on the back end of a steamy photo shoot that the pair had done in order to promote Kristin’s ‘Uncommon James’ brand. In the picture here, we can see them embracing each other as they make out. Rather than this being a sign that Kristen was into him, she reassured fans that nothing was going on.

In an interview with Entertainment Tonight, she said: “Tyler is the sweetest human being on the planet, such a great guy, I was so impressed with him. There is nothing going on. Great guy, [but] we are not dating, I promise.”

Nevertheless, Kristin did not help herself as her actions only increased the speculation. This was on the basis that she had shared another post of her and Tyler on social media. In another image here, we can see that Kristen is sitting on a table as she has her legs wrapped around Tyler.

And given that the image remained without any captions, people began to assume that she was hinting at something intimate. And yet, Kristin could not believe that her actions were viewed in this way.

She added: “If I was, I would not answer the question, put it that way. You know what’s funny is everyone was like, ‘She knew what she was doing,’ and I honestly did not think about it like that. Nothing is going on. He was a hired actor, OK?”

The response from the fans on social media was damning. People felt that Kristin’s recent actions demonstrated that she was desperate for publicity in order to promote her jewelry line, which was not doing very well. One person wrote: “She’s looking tired. Like her jewelery.”

It is safe to say that there is nothing going on between the pair. With this now been put to bed, Kristin can look to the future. And who knows, perhaps she will find someone to settle down with going forward. So there you have it folks. What did you think about all of this? Let us know your thoughts in the comments section below.