The 90 Day Fiancé journey of Mike Berk (Berkowitz) and Ximena Morales has undoubtedly been one of the most gripping love stories on season 5 of TLC’s popular spinoff ‘Before the 90 Days’. And while the story of the nerdy good guy, finally risking it all for a true chance at happiness endeared fans at first with its underdog appeal, the love story has taken on a less idealistic turn in recent weeks and, consequently, became more realistic.

In recent weeks, there have been many drops by people likely close to Ximena about updates in her love life. Enter Canadian Josh Dugas, who also goes by Romeo. According to multiple sources and Daily Soap Dish insiders, Ximena met and hooked up with Josh while she was still technically in a relationship with Mike. Daily Soap Dish can confirm that the two of them have been filming together for a future season or spinoff of 90 Day Fiancé.

However, there is also Benjamin Hiraldo, also known as “Brian”, who is Ximena‘s other side piece and DSD has pictures to confirm that the two of them were together (and still are, according to rumors). More on that below, but first let’s take a look at Mike and Ximena’s financial arrangement since the Colombian made some claims in the last few weeks on the show that we’ll now analyze. 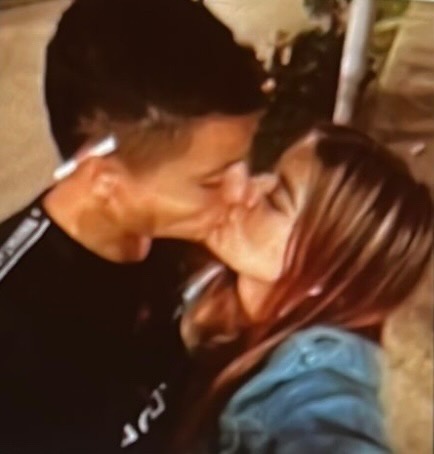 Probably the biggest twist of this season of Before the 90 Days, came when Mike dropped the bomb about Ximena’s past webcam “modeling” work. Ximena followed it up by revealing that it was there that Mike met her, and that she was so done with Mike that she didn’t mind going back. But according to info received by DSD from insiders into the Mike and Ximena situation, the Colombian might have embellished her claims.

Our sources indicate that Ximena cried to Mike about how much she hated her job on the webcam platform, and pleaded with Mike to help her get off the platform. On the show and on social media, Ximena portrays herself as very proud of her past sex work and claims that she has no problems going back to it, but that might not be entirely true.

After all, on the March 6th episode, Nelcy essentially told Mike to dump his Colombian girlfriend as she felt that Ximena didn’t care for Mike at all, which got Ximena in a tizzy that Mike would be willing to listen to his friend instead of making his own decisions. If she was so put off by Mike why even fight for him at all as he was getting ready to call off their relationship?

Could it be that Ximena didn’t want her man to be talked any sense to by an outside source, and wanted to be able to control him? Either way, her actions that day are puzzling considering that’s also when Ximena had a change of heart about her cold and distant approach to Mike, and decided to sleep with him. Fans will recall that she told him they would be sleeping in separate beds earlier on during Mike’s second trip to Colombia.

These actions do not seem to be those of someone who wants to completely break up with their spouse, nor are they compatible with the claims that she was quite simply repulsed by Mike. Maybe she wasn’t attracted to him, but she didn’t seem to mind getting intimate with it seemed like she was losing him (and his wallet). Speaking of finances…

Apparently Mike was financing a lot more than just a single mom with two kids. An insider exclusively tells Daily Soap Dish that Mike was asked and sent money to the whole family, including the parents as well as Ximena’s sister Wendy, and it wasn’t just small amounts either. Although we don’t know the exact amount, the total sum is up in the tens of thousands.

According to a previous interview with ET Online, Mike revealed that he sent Ximena $15,000 however the real amount is higher we’re told. Ximena previously said that she NEVER asked Mike for money, but Daily Soap Dish has seen verifiable receipts where she is begging Mike to send money to her and the family.

Also, Ximena’s own Mother said on the season finale that if it wasn’t for Mike they wouldn’t have survived through the pandemic because he supported them all with his money! This corroborates info from our sources.

In one instance, Ximena claims that she’s been evicted by her landlord and that her and her family have nowhere to go. “Amor, we had to leave our house and I’m very worried as we have nowhere to go and we don’t have any money to pay for a new house” reads a translation of one of Ximena’s messages, which she followed up by a crying person emoji.

The message clearly show Ximena begging Mike to send her money, and what’s worse, this allegedly happened AFTER the March 27 episode where Ximena asks Mike to leave her house after breaking up with him. While the story being painted on the show was that of Mike lashing out after refusing to accept the reality of the breakup, it seems like there was more going on behind the scenes with Ximena still trying to pull Mike in and use him to finance her family. But that’s not even the end of it.

90 Day Fiancé: Ximena Was Sending Mike’s Money To Her Criminal EX Victor, the Father of Her Child

Ximena’s criminal EX Victor appears to still be in her life as she was seeing him on the side during her relationship with Mike and appears to still be seeing him to this very day, according to info obtained by DSD. Ximena has been sending money Mike gave to her to Victor throughout the duration of their relationship. When she wasn’t able to go and bring it herself, she used an intermediary who goes by the name of “Papito”. 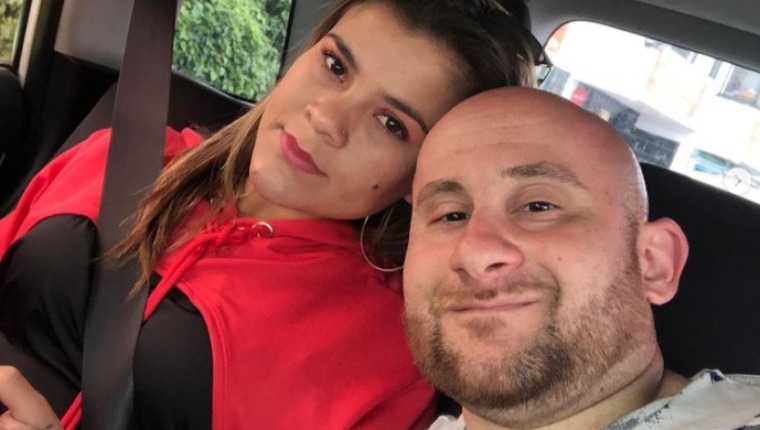 We all know from her own admission that Ximena Morales was formerly involved with criminal types and that her ex and baby daddy was a guy who was in jail. Viewers will recall Ximena’ shocking story of getting pregnant by lifting her legs up during a visitation session with Victor, all while knowing that this man would never be able to provide for her unborn son but deciding to get pregnant anyways.

Mike Berk had even expressed worry that her ex might come after them or even him and the kids if given the chance, but Ximena said not to worry about that and that she was no longer in contact with the dangerous hitman that she used to live with.

He paid for one boob, or half of the boob job and he also paid for her to have liposuction. Some “other guy” paid for the other boob, whether that’s a loan shark, Josh or Brian we’re not entirely sure. We don’t think it’s Josh since their romance is more recent and Ximena got this procedure done last year. We also think that the payment for the procedure is going to be a factor in them getting back together after their blowup fight.

90 Day Fiancé: Mike Berk and Ximena Morales Get Back Together and Return To TLC!

Mike and Ximena are going to get back together and return for another season of 90 Day Fiancé or one of its many spinoffs. Many fans don’t realize just how long ago the current season of Before the 90 Days was filmed, but most of the scenes we see happening today were shot over 1 year ago. Since we know that Ximena was still sending Mike sweet messages in an attempt to get more money from him, she was obviously not as put off by Mike as she leads us to believe on camera.

According to rumors that have been verified by multiple sources, Mike was in Colombia as late as February of this year. TLC cameras were rolling according to info we’ve received, so we can expect them to return at some point in the future as their romance finally concludes. In total, Mike has gone to Colombia 3 times (2 on the current season of B90, and 1 on a future season of 90DF or one of its spinoffs).

There has been much speculation about Ximena filming with her Canadian beau Josh for a 90DF spinoff. According to our information, this is indeed true. Based on what we know, Ximena was filming with Josh as of very recently and the duo might still be filming in Colombia as we speak. So expect to see this play out on a future 90 Day Fiancé spinoff, our guess is ‘The Single Life’. 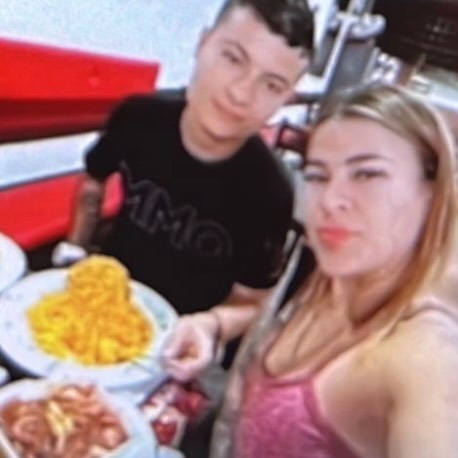 We have also obtained pictures that confirm Ximena and Benjamin (Brian) Hiraldo’s hookup. Rumors are that Ximena and Benjamin were living together as of late 2021, and could still be together. It’s also unclear if Josh himself knew about Benjamin, and how the news of Ximena’s latest romance affected their relationship.

Based on all the information that’s out there, one has to wonder if Ximena is playing one side to the cameras and another to Mike behind the scenes.