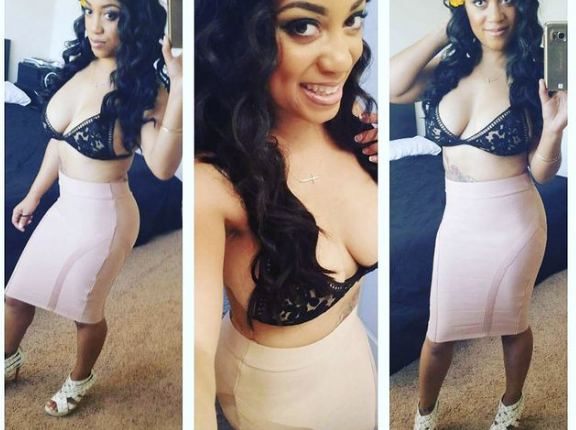 The duo, for their part, had met on a dating website after having gotten to know each other for around eight months. That is when Memphis decided to take things to the next level by flying to Tunisia.

An engagement and marriage soon followed, as things started to move quickly. And yet, a split was already on the cards especially since the pair’s social media activity had suggested that something was up.

The duo had decided to unfollow each other on Instagram just this month. Not only that, but Memphis had wiped off any photos that she had taken with Hamza from her account.

So when it came to the news of announcing her break up, Memphis made sure that she made an impression to remember. In a post to her fans on Instagram, she shared a video of herself pumping breast milk. In the background, we can hear the song “Drip Too Hard.”

The split was confirmed by the following hashtag: “#single mom life.” And single life is something that she will have to get used to very quickly. The pair do share one child together, and therefore are still a part of each other’s lives even if it is for the sake of co-parenting.

And by the looks of it, Hamza is intent on making sure that he can still be a good father. In the picture here, Hamza has posted an image of the baby. The baby’s face is covered up to conceal the gender, but he has a huge smile on his face, even if his relationship is over.

The fans on social media, though, were very condemning of Memphis. They called her out for not treating Hamza in a manner that was appropriate. One person wrote: “She had her toy, got baby, bored and bye.”

Time will tell where the two go from here. So there you have it folks. What did you think about this? Let us know your thoughts in the comments section below. If you liked reading this article, then check out our other features on the Daily Soap Dish.