Skip to content
Home > Celebrities > Vladimir Putin > Vladimir Putin Compares Russia Being Cancelled To That Of J. K. Rowling-Comparisons ‘Possibly Not Best Made By Those Currently Slaughtering Civilians’ 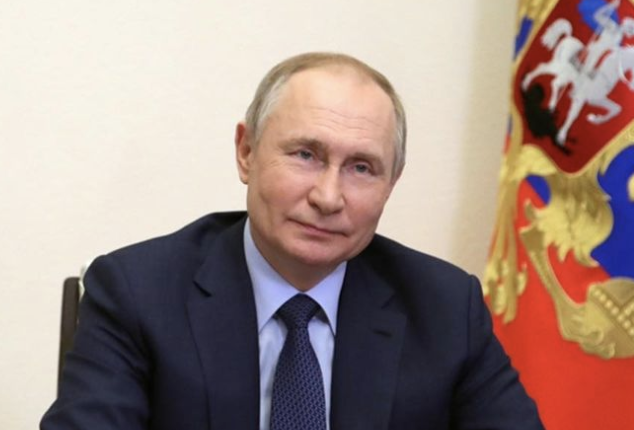 Russian President Vladimir Putin has controversially compared the treatment of Russians being canceled to that of J.K. Rowling’s backlash about comments she made over transgenders.

Vladimir Putin Compares Russia Being Cancelled To That Of J. K. Rowling-Comparisons ‘Possibly Not Best Made By Those Currently Slaughtering Civilians’

There is no denying that the response from the international community towards Russia is going to have an impact on ordinary citizens. The economic sanctions imposed on Russia, albeit aimed at major oligarchs, are having an impact on the ordinary citizens when it comes to their standard of living.

Not only that, but there has also been an attempt to remove Russia from the international discourse, with reports indicating that Russian literature has also been banned in certain places. In an official speech, Putin said: “[The West are] trying to cancel a whole 1,000-year culture, our people.

“Recently they cancelled the children’s writer Joanne Rowling because she – the author of books that have sold hundreds of millions of copies worldwide – fell out of favour with fans of so-called gender freedoms.”

Those comments naturally got the attention of many people and none more so than J.K Rowling herself.  Although she did become a victim of cancel culture to some degree, she felt the current analogy was unfair.

And by Putin associating himself with her at some level, she wanted to distance herself from a man who has been condemned by the international community for starting a brutal invasion.

In her response, the author remarked: “Critiques of western cancel culture are possibly not best made by those currently slaughtering civilians for the crime of resistance, or who jail and poison their critics.”

The response on social media was mixed. A subset of people criticised the author on the basis that her comments about transgenderism were very similar to that of the Russian President. Meanwhile, others felt that Putin had nobody to blame but himself.

One person wrote: “Funny how’s she willing to stand behind her grotesque comments, until she realizes who else stands with her.” Cancel culture is something that has now become a part and parcel of society. And depending on the nature of public opinion, anybody can become cancelled.