Skip to content
Home > TV > The Bachelor > ‘The Bachelor’: Colton Underwood Announces His Engagement To Jordan C. Brown-‘The Most Transformative Year Of My Life’ 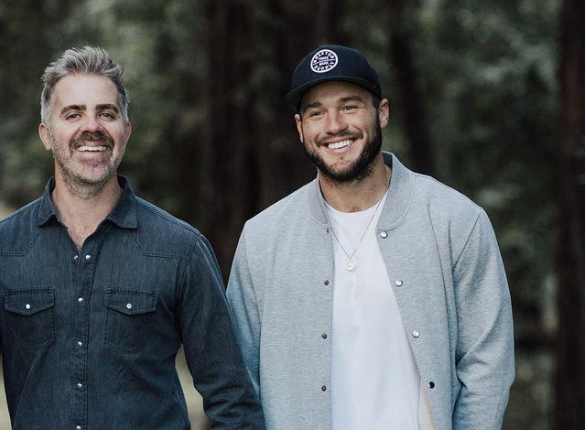 Colton Underwood has announced a major milestone in his life by confirming that he has gotten engaged to Jordan C. Brown.

‘The Bachelor’: Colton Underwood Announces His Engagement To Jordan C. Brown-‘The Most Transformative Year Of My Life’

The former star of ‘The Bachelor’ had to deal with a lot when it came to his personal life following his decision to come out. This was on the back end of his highly-publicized relationship with Cassie Randolph, who would then go on to file a restraining order against him.

While that was a significant moment in and of itself, the very fact of the matter is that Colton’s decision to conceal his sexuality did hurt a lot of people. But after having managed to come out of that the other side, he is now focused on trying to be happy.

In an official statement, he said: “I’m extremely happy! 2021 was the most transformative year of my life. Starting 2022 off with my best friend, teammate and now fiancé is something I never thought was going to be possible.”

Despite the optimism coming his way, it is important to remember the following factors. First of all, the pair have been together for less than a year. Therefore, there is a feeling that they could be rushing into things.

Secondly, given the track record that Colton has had with his prior relationships irrespective of the fact that they were with the opposite gender, it is too early to tell whether things will last.

And this was reflected in the comments that followed on social media. A significant  proportion of people questioned whether this was the right thing for the star. One person wrote: “Colton Underwood is marrying his very first boyfriend? He really is new at this.”

The only thing left to do is give Colton the benefit of the doubt. Yes, it is true to say that things have moved on very quickly with Jordan, but that does not necessarily mean that things cannot work out.

Although he may have a lot of convincing to do when it comes to the fan base, the only way to do that is to show them how happy is in his life. If you liked reading this article, then check out our other features on the Daily Soap Dish.