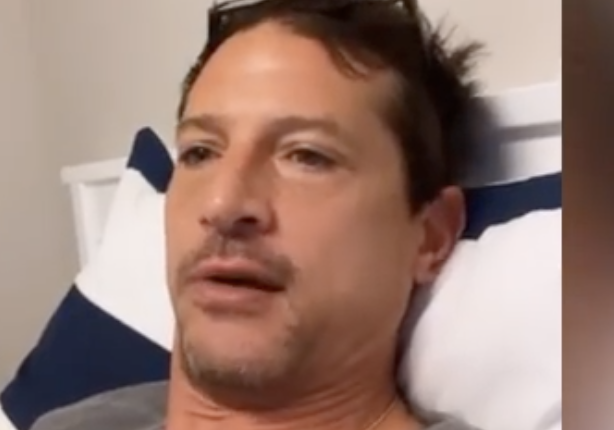 Actor Simon Rex was thanked by Meghan Markle for turning down bribes from the newspapers in exchange for him stating he had slept with the Duchess.

The actor, for his part, is well aware of the actress given that they were on screen for the show ‘Cuts.’ While they did get to know each other, this was not on the basis of anything romantic.

But given that Simon was not in the best possible position financially, there was the possibility that he could have gone along with this for the sake of some quick money. And yet, he stated that he would never have done such a thing at any cost.

In an interview with The Guardian, he said: “I was broke as f—! I really needed the money. But I’ll be on food stamps before I do that.” When Meghan got wind of this,  she made it known that she was very grateful for what Simon had done.

After all, she is no stranger when it comes to controversy surrounding the media. She recently won a court victory against the ‘Mail on Sunday,’ after they had decided to publish the contents of a letter she had sent to her father, Thomas Markle, without her consent.

In the process of doing so, they had breached her privacy rights. And to show just how much she valued Simon, she sent him a thank you letter. And by the looks of it, Simon was delighted by that as he put it in a frame in his house. He added: “She said, ‘It’s nice to know there are still good people,.”

The response on social media was full of praise for Simon. People felt that he had done a noble thing in turning down the money, given that he was in financial hardship. One person wrote: “This is what you call honest.”

This story shows that Meghan still has people she can rely on. And if Simon’s actions happen to prevent any false stories circulating about Meghan, then that can only be a good thing. So there you have it folks. What did you think about this?

If you liked reading this article, then check out our other features on the Daily Soap Dish. Please also visit The OverTimer for all of the latest exciting news on all of your favorite daytime television soaps.