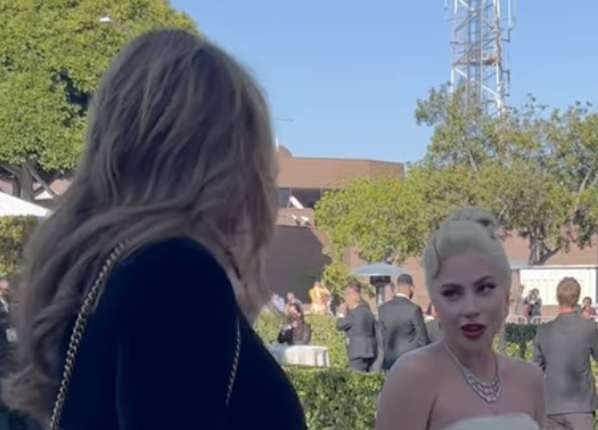 The event was designed to bring together some of the biggest names in the entertainment industry in order to raise awareness concerning the catastrophic consequences that the pandemic has created. In the process of doing so, it also highlights the need to tackle HIV on a global basis.

During the course of this process, Lady Gaga and Caitlyn crossed each other’s paths. In the video here, we can see that the pair are having a little exchange. Gaga is in a cream dress, while Caitlyn is wearing black with a red skirt.

And when Caitlyn informed the singer that she had not seen her at their local Starbucks for some time, Gaga replied with “I’ve switched baristas,” before walking away. Naturally, the clip went viral as it was interpreted as Gaga indicating her disdain for Caitlyn.

And with that, a lot of people had something to say on the matter. A certain subset of people felt that this was comedy gold, as Caitlyn could not feel more humiliated. Meanwhile, others were of the view that something must have gone down between Gaga and Caitlyn for the singer to act in this manner.

After all, it was clear that she was not interested in being in Caitlyn’s company. One fan wrote: “‘I’ve switched baristas’ is literally the most polite way of saying ‘If I ever see you again it’ll be too soon.’”

While another stated: “The look of absolute disdain she gives Caitlyn when she says ‘I’ve…switched baristas.’ I love her so much.” Neither side has responded to this viral clip, which is understandable given that it would draw additional media scrutiny.

But given what we have seen so far, it is safe to say that the pair do not see eye-to-eye anymore. Regardless of what the reasoning might be, it is probably wise that they stay out of each other’s way. So there you have it folks.