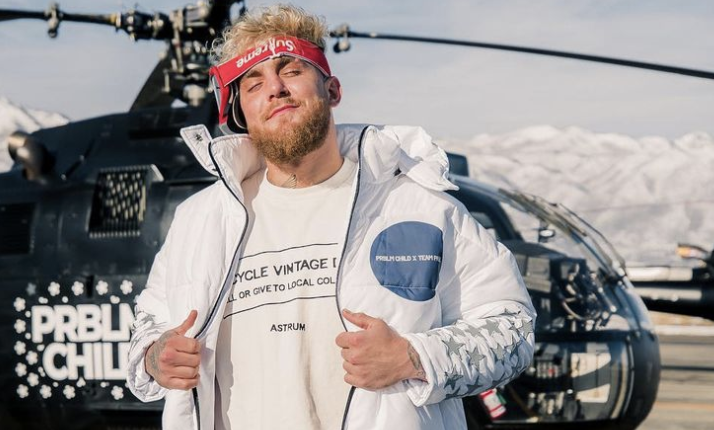 Jake Paul has denied claims that his $60 million offer to Kanye West and Pete Davidson for a boxing match is a publicity stunt.

It is no secret that Kanye and Pete are not on the best of terms. The rapper has expressed his condemnation towards the comedian vehemently on social media by attacking his character, as well as releasing his ‘Eazy’ music video where he buries Pete live.

But given that Jake Paul has recently become a promoter in boxing, as well as getting in the ring himself, this could provide him with a perfect opportunity to stage what would be a mega fight.

That is why he rejected claims that this is all about publicity. In an interview with TMZ, Jake said: “I’m kinda sick of them going back and forth on social media and I think it’s affecting the kids’ lives, like Kanye and Kim Kardashian’s kids.”

Jake does have a point; it is clear that the public no longer wants to see Kanye attacking the comedian. Not only has a petition been signed demanding that Kanye be removed from performing at Coachella 2022, he has also been banned from performing at the Grammys as well as having had his Instagram suspended.

Therefore, the only way for Kanye to settle his differences would be to do it face to face. And that is precisely what Jake is hoping for in providing a good financial incentive. He added: “[I was] the highest-paid boxer last year. [I] can guarantee the money. The money’s good.”

If this match up goes ahead, it would be fascinating to see who the winner would be. It is clear that there would be divided loyalties, as Kim would back Pete. Meanwhile, it would be very difficult to see Kim’s children not backing their father.

Not only that, would the age difference play a part as Pete is still in his 20s, whereas Kanye has gone past 40. Time will tell how this will play out, but given what we have seen so far, it is clear that there would be a huge demand for this. So there you have it folks. What did you think about this?