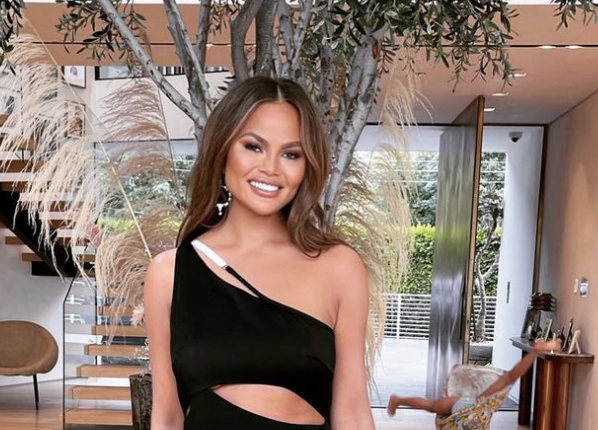 Chrissy Teigen has revealed that she has undertaken her latest round of IVF treatment in an attempt to get pregnant.

Chrissy Teigen Completes Her Latest Round Of IVF

The model made the decision to undergo this procedure in the aftermath of what would have been her son Jack had he not died during the pregnancy process following excessive bleeding.

While Chrissy is already a mother to two children, the very fact of the matter is that Jack’s loss continued to play on her mind. That is why she is hoping that the IVF can lead to some good news.

In an interview with Entertainment Tonight, she said: “I finished my IVF part, so I feel so much healthier and so much better with that.” Just as Chrissy is attempting to expand her family, she also made the decision to clean up her health.

She recently celebrated being 6-months sober when it became clear to her that she needed to get a control over her alcohol levels. Although her husband John Legend did not go as far as her by instead choosing to consume alcohol on the basis of moderation, for Chrissy, the benefits of staying t-total outweighed the negative consequences.

In a prior interview, Chrissy remarked: “I now have endless energy, way less anxiety (no more benzos!) … it’s pretty cool.” The reaction on social media, however, was not very pleasant.

One person wrote: “This is priceless … the woman who discarded embryos because they wanted to chose the sex is now resorting to IVF!!!” Regardless of what you may think about Chrissy, she has made it very clear that she wants to have another child.

And hopefully for her, this period of treatment turns out to be a success. With that in mind, the only thing that she can do is wait for the outcome. So there you have it folks. What did you think about this?