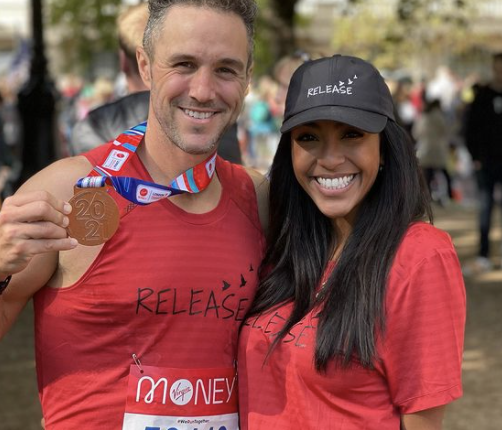 Zac Clark has reportedly not been dating anyone since his split from Tayshia Adams.

‘The Bachelorette’: Zac Clark Has Not Dated Anyone Since His Split From Tayshia Adams

The pair had announced that they had broken up in the aftermath of their engagement, which was not a surprise given that their relationship had always been dogged by claims of instability.

This was on the grounds that Zac did have a substance abuse problem. While he has managed to overcome that, the very fact of the matter is that rumors had always been in the background that Tayshia was not happy.

And this has resulted in Zac becoming gun shy. A source said: “He hasn’t started going on dates but is open to it. They’re trying to help him move on.”

Nevertheless, being away from the dating game has proved beneficial for the following reasons. First of all, his split is still very fresh in the memory.

Therefore, by taking a step back, Zac has the opportunity to work on himself before he enters into another relationship. After all, there is always the chance that they could reconcile.

Secondly, given that he is reluctant to enter into the dating game, it probably explains that he is not ready yet. The source added: “He gets excited about the idea of dating again but has trust issues from being in the spotlight.

“His biggest fear is getting close to someone, breaking up and then that girl sharing with the world about their relationship.”

And after having a closer look at Zac’s social media activity, it is clear that he is going through something. He had posted a cryptic social media post in which he was asking his fans their favorite music lyrics.

In the process of doing so, he wrote the following words: “I’ll ride the wave. Where it takes me . I’ll hold the pain. RELEASE me.”

Those comments could only be reflective of the pain that he was going through, as it would be a strange choice of words to put out. And hopefully with time, he is able to overcome this and get back to his usual self.

We will have to see how this will play out. If you liked reading this article, then check out our other features on the Daily Soap Dish.