Skip to content
Home > TV > The Bachelor > ‘The Bachelor’: Matt James Criticised After Touching Woman On The Chest During A NBA All-Star Celebrity Game-‘I Don’t Think I’ve Seen Guys Do That’ 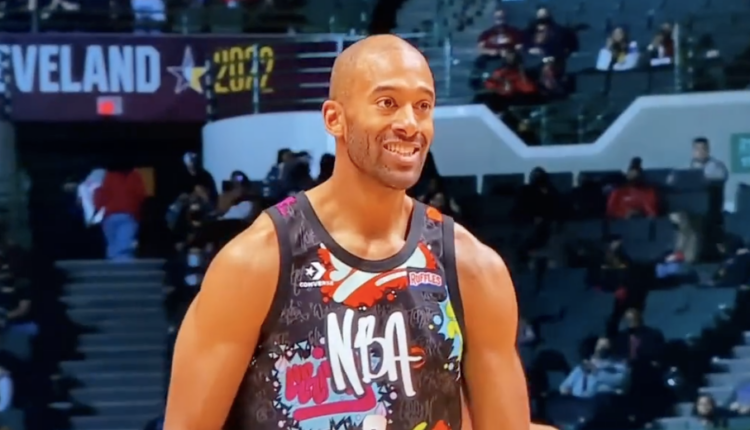 Former ‘Bachelor’ lead Matt James had to apologise after he had accidentally touched one of his teammates in an awkward position during a Ruffles NBA All-Star Celebrity Game.

‘The Bachelor’: Matt James Criticised After Touching Woman On The Chest During A NBA All-Star Celebrity Game-‘I Don’t Think I’ve Seen Guys Do That’

According to reports, Matt had inadvertently pushed his teammate, Brittney Elena, out of the way. In the video here, we can see that Matt is getting ready to take a shot.

As he is about to do so, Brittney comes to say something as Matt then places his hand on her chest. The post was captioned by the following comments: “I think Matt James forgot that there are women on his team.”

Naturally, Brittney came out to address the issue and let everyone know that it was an accident. In response, she remarked: “He said sorry y’all! It was a simple mistake lol.”

Nevertheless, not everyone was convinced by that. In response, the clip went viral as lots of people were questioning what Matt was trying to do. A certain subset of people doubted that this was by accident.

One person wrote: “I don’t think I’ve seen guys do that either … what was he doing.” Matt has yet to respond to this which is understandable for the following reasons.

First of all, he had just recently been involved in another controversy where he had hit a photographer by mistake during a golf tournament.

Therefore, having followed that up with this incident, it would paint him in a bad light. Secondly, by commenting, Matt may not do himself any favours.

Fellow star of the Bachelor franchise, Tyler Cameron has already done the talking, as he could not help but mock Matt over his actions.

After seeing the clip, this is what he had to say: “Damn Matt, air balled two free throws and a boob punch… not your night.

“And after your golf swing at the waste management open, we’re running out of sports you can try.” Hopefully, Matt can put this behind him and be more vigilant in the future.

In that way, he can avoid getting himself involved in unnecessary controversy. So there you have it folks. If you liked reading this article, then check out our other features on the Daily Soap Dish.